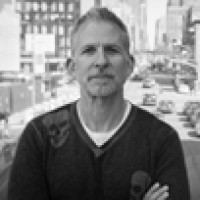 J Scott Evans received his undergraduate degree from Baylor University and his JD cum laude in 1992 from the Louis D Brandeis School of Law at the University of Louisville. He began his legal career as in-house trademark counsel at Fruit of the Loom from August 1992 to May 1995. Mr Evans then spent 12 years in private practice at Adams Evans PA. In 2007, he left private practice to join Yahoo!, where he served as global brand counsel. Mr Evans currently serves as the director, IP and advertising law, at Adobe, where he heads the legal team that advises on trademarks, copyrights, internet policy, anti-piracy and advertising issues. On four separate occasions, Managing Intellectual Property has voted Mr Evans one of the 50 most influential people in intellectual property (2009, 2011, 2013 and 2015). He was also named one of 50 market shapers by World Trademark Review. Mr Evans was inducted into the Legal Elite Hall of Fame by Business North Carolina in 2016. He served as the 2015 president of INTA and was voted in-house counsel of the year in 2017 by World Trademark Review. Mr Evans frequently lectures on trademarks, copyright and internet policy.