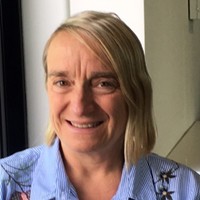 Diane Hamer is a qualified solicitor who trained at Allens in Australia, focusing on media transactions and IP litigation. She later moved to London to work for Lovells, where she practised both contentious and non-contentious IP law. After an attachment at GlaxoSmithKline, Ms Hamer moved permanently in-house, working as the BBC’s trademark lawyer before moving to BBC Worldwide five years ago to head up its brand protection team in the business and legal affairs division of the company. Following the spin-off of production arm BBC Studios from the BBC public service in 2017, Worldwide merged with BBC Studios in April 2018. The new BBC Studios is a global media content and distribution company, embodying the best of bold British creativity and investing in quality content across premium genres, including factual, scripted and entertainment. Its profits contribute to significant financial returns that are reinvested into the BBC for the benefit of UK licence fee payers.

In her current role, Ms Hamer oversees the day-to-day management of the trademark portfolio exploited globally by BBC Studios, including brands such as Doctor Who, Top Gear, BBC Earth and various children's brands. She also manages the company's global anti-counterfeiting and anti-piracy practice. She recently gave evidence to the House of Lords subcommittee considering amendments to the groundless-threats provisions of the Trademarks Act.

Before qualifying as a solicitor Ms Hamer worked in London as a researcher on a range of independent TV productions.