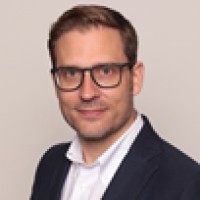 After law school in Bayreuth and passing the bar exam in Dusseldorf, Germany, Daniel Zohny obtained his LLM in intellectual property from the Benjamin N Cardozo School of Law in New York City and passed the New York bar exam. He worked some five years in private practice focusing on intellectual property and commercial litigation in New York City. In 2011 Mr Zohny moved back to Europe to start his in-house career. In 2013 he joined FIFA, the world governing body of football (soccer) in Zurich, where he is now head of intellectual property. In addition to all matters involving intellectual property, he is also responsible for FIFA’s ticketing enforcement efforts. Mr Zohny currently leads a team of eight specialised IP professionals and oversees all aspects of conceptualisation, registration, maintenance and enforcement of FIFA’s intellectual property, including the implementation of FIFA’s enforcement programme for the FIFA World Cup tournaments both online and onsite in the relevant host country during the event. Mr Zohny is fluent in English and German and has good knowledge of both French and Arabic. He regularly speaks at seminars and conferences on IP-related topics and is an active member of the International Trademark Association.