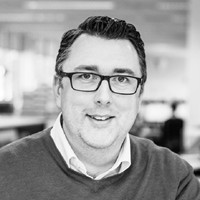 Antony Douglass manages the brand, IP and data protection legal teams for Specsavers, the world’s largest privately-owned optical retailer. He is a UK qualified solicitor (2006), having previously worked in private practice in Dubai and with Vodafone Group in its global brand legal team. He joined Specsavers in 2013.

Specsavers is well known in the trademark world, with its case against Asda still an authority and most recently Mr Douglass’s registration of SHOULDVE, which attracted a good deal of media attention for the brand.

His team has grown steadily since 2013, when he joined as Specsavers’ sole IP lawyer. The team now employs a head of legal, IP and sponsorship, group trademark attorney, senior legal manager for marketing clearance work and a trademark administrator. Under Mr Douglass, the team was named In-house IP Team of the Year for Europe, Middle East and Africa in 2017 by WTR, during which year he was also nominated for an individual award for In-house IP Counsel of the Year.

In addition to his IP responsibilities, Mr Douglass is responsible for marketing, data protection and digital strategy for the group. He is an active member of MARQUES, where he sits as second vice chair and on the executive committee.