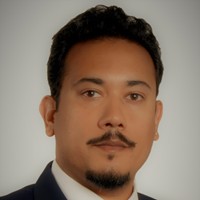 Addy Verma is senior legal counsel for OSN, a leading pay-TV platform in the Middle East and North Africa (MENA) region since 2014. He is a qualified lawyer with over 12 years’ experience in contentious and non-contentious IP matters; IP management; anti-piracy; anti-counterfeiting and dispute resolution and litigation.

During his career, Mr Verma has also worked in top tier IP law firms (in India and the United Arab Emirates) doing work for IP-rich global giants (eg, Google, Intel, Shell, GSK and Harley Davidson), while representing them in contentious and non-contentious matters and cross-border enforcement actions. Mr Verma speaks at various conferences on intellectual property and cybercrime, both in and out of the region. He has successfully initiated and managed unique infringement and enforcement cases across the region and in India. He is a member of anti-piracy coalitions in MENA, Europe and North America. He has presented in workshops and conferences organised by Interpol and the USPTO.

Mr Verma has been listed by the World Trademark Review as a Top 300 In-house Corporate Trademark Professional since 2017. He was also listed by IAM 300’s World’s Top 300 IP Strategists in 2018 and 2019. Since 2007, Mr Verma has been based in Dubai, where he lives with his wife and nine-year-old daughter.