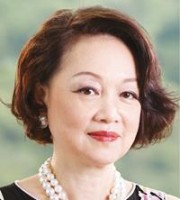 Ms Chan has held leadership positions in major legal boards and associations, including the following:

Ms Chan’s legal expertise in various areas of practice is well recognised and has been honoured by numerous major evaluators and publications:

Ms Chan is a China-appointed notary attesting officer, a China International Economic Trade Arbitration Commission arbitrator and a Shanghai International Arbitration Centre arbitrator. Ms Chan received her law degree from King’s College, University of London, and is admitted as a solicitor in England and Wales, Hong Kong, Australia and Singapore. She is fluent in English, French, Mandarin and Cantonese.