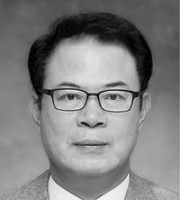 Tae-Yeon Cho began his career focusing on IP law when the concept of intellectual property was in its infancy in South Korea. As a result, he is considered to be among South Korea’s most knowledgeable and experienced IP lawyers. Mr Cho is also recognised as a distinguished trial lawyer, having served as lead counsel in a number of significant cases involving IP issues and commercial subjects.