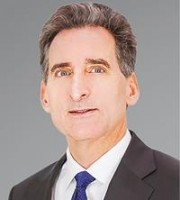 Mr Garland acts on behalf of innovator pharmaceutical and biopharmaceutical companies for patent-related matters, including patent infringement actions and proceedings under the Patented Medicines (Notice of Compliance) Regulations.

In numerous surveys, Mr Garland is noted as being a “fantastic lawyer” who competes in a “broad array of contests”, he is “top of mind for savvy representation”, “very skilled”, “a courtroom ace”, “an exceptional litigator”, “really stands out from the crowd due to the high-profile cases he’s had”, and “among the best”. He was also praised as a “stellar litigator” whose victory for the Dow Chemical Company netted the largest reported award in a Canadian patent infringement case.

In 2018 Mr Garland was named Best Lawyers’ Canada IP Law Lawyer of the Year; he had previously been named Canada’s Trademark Litigator of the Year (2013) by Benchmark Canada.