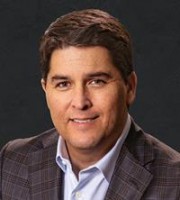 Russell C Pangborn is a partner at Seed Intellectual Property Law Group and head of the firm’s trademark practice. He specialises in trademark and technology law, including trademark, internet policy, unfair competition, domain names, copyright, trade secrets, licensing, enforcement and litigation. Mr Pangborn received his AB in psychology from Stanford University and his JD from the UC Hastings College of the Law.

Mr Pangborn has over 25 years of IP experience, with 14 years spent in-house at global technology leaders Microsoft and Intel. He served as the global head of trademarks at Microsoft, where he led an award-winning trademark team in the strategic counselling of Microsoft’s global businesses on all aspects of trademarks and internet policy development. He also served as the manager of Microsoft’s copyright and trade secret group. Before Microsoft, Mr Pangborn was a senior trademark attorney at Intel, where he managed a team responsible for the global policing of the Intel corporate brand and other brands of global reach. Prior to Intel he worked in private practice at a boutique IP law firm in Southern California. He is a frequent speaker at various IP associations and continuing legal education events and is the co-founder of the annual McCarthy Symposium, Trademark Law and Its Challenges.

Mr Pangborn is admitted to the Washington and California State Bars, and the US District Courts for the Central and Northern Districts of California. He is active with INTA, having served as an officer, multiple terms on the board of directors and as a member of the organisation’s Executive Committee. Mr Pangborn has served on INTA committees, including his current appointment to the Internet Committee. He also remains active in internet policy work with the Internet Corporation for Assigned Names and Numbers (ICANN), serving as a member of the IP Constituency, and having previously been a founding member of the Brand Registry Group and a participant on the Implementation Recommendation Team that drafted primary rights protection mechanisms for ICANN’s new gTLD Programme.