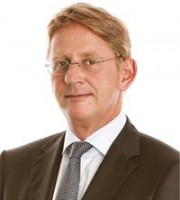 Roger Staub is a partner in the IT, IP and competition team at Walder Wyss. He represents national and international companies from various industries, such as luxury goods, pharmaceuticals, food, financial services, fashion, medical devices and media. He specialises in litigating complex cases before state courts and arbitration tribunals. In addition, he advises clients on negotiating IP and technology-related contracts and developing IP strategies. He also works as an arbitrator in international arbitration tribunals.

After studying law at the Universities of Munich and Zurich (licentiate degree, 1992), Mr Staub became a member of the Bar in Zurich in 1995 and received his doctorate at the University of Zurich in 2000 with a dissertation on copyright contract law. Before joining Walder Wyss, he was a partner in a law firm in Zurich and had also worked for a law firm in London. He is the author of various publications, the co-editor of a commentary on design law and co-author of a commentary on the enforcement of trademark rights. Mr Staub is an active member of various IP organisations. He has been both a committee chair and a member of the Global Europe Advisory Council at INTA.

For many years, Mr Staub has received outstanding ratings in the IP field in international rankings such as Chambers Europe, The Legal 500 (“a great strategist with a no-nonsense approach”), IAM Patent 1000 and WTR 1000 (“immensely skilled litigator”). Who’s Who Legal Trademarks (“exceptional client-oriented counsel”) rated him in 2017 as one of the 12 most highly regarded individuals in Europe, the Middle East and Africa.