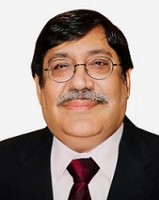 Managing Partner at Anand and Anand

Pravin Anand, the managing partner of Anand and Anand, is a highly acclaimed IP lawyer with over 40 years' experience.

His recent landmarks include the Merck and Hermes cases, heralding an era of social damages for IP infringement; the Ferid Allani case on software patenting; the Pioneer Overseas Corporation case, which paved the way for DNA testing in disputed intellectual property rights on plant varieties; Philips v Amazestore, which saw a landmark judgment on aggravated damages for an international syndicate of IP infringers; Philips v Rajesh Bansal, India's first post-trial SEP judgment and the Merck vs. Glenmark case, the first patent law suit to be decided in the plaintiff’s favour post-trial under the Patents Act.

He has contributed to a sizeable majority of damages lawsuits in IP litigation in India, including the largest damages in a patent and a trademark lawsuit.

Representing some of the world’s biggest pharmaceutical companies, Mr Anand has found answers to complicated questions on genus and species patents.

He is the co-author of Halsbury’s Laws of India on Intellectual Property, a regular contributor to legal publications including The Life Sciences Review, The IP Review and Bloomberg BNA's Life Sciences global guide. He also serves on the editorial boards of CTLR, PLC - Life Sciences, Asia IP and The Patent Lawyer, and is a regular speaker on intellectual property.

Mr Anand has been inducted in the prestigious Legal 500 Hall of Fame, having been recommended as a Leading Individual within Intellectual Property for 13 consecutive years.

He has been recognised as the “Most Innovative Lawyer – Asia Pacific” by FT and awarded the “Leading IP Lawyer of the Decade” and two Life Time Achievement Awards by Legal Era.

Mr Anand studied at Delhi University and was called to the Bar in 1979. 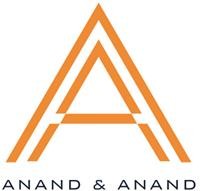