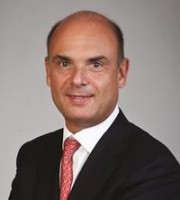 He started his IP professional life in 1979 while still at law school. As a senior partner, he now accompanies and supervises the opposition and revocation proceedings handled by J Pereira da Cruz at the Portuguese Industrial Property Office.

Mr Cruz provides consultancy on matters concerning the validity and infringement of IP rights, as well as licence agreements, including franchising. He is also involved in civil and criminal litigation relating to the enforcement of trademarks, designs, copyright and patents. He specialises in anti-counterfeiting and works in close contact with the police and Customs.

Mr Cruz is an arbitrator at the World Intellectual Property Organisation Arbitration and Mediation Centre and the Portuguese arbitration centre ARBITRARE, which focuses on industrial property cases, company names and domain names.

Through associations such as the International Chamber of Commerce (ICC) Portugal and the Portuguese Bar Association, Mr Cruz has been actively involved in working committees for the revision and amendment of IP laws – including the committees for the IP Code of 2003, the implementation of the EU Enforcement Directive (2008) and the current IP Code (2018).

He has been chair of the Intellectual Property Commission of ICC Portugal since 2016.