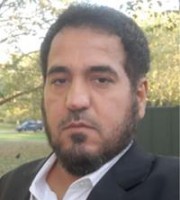 Mohammad Saleh Al-Otaishan founded Al-Otaishan Intellectual Property & Technology Law Firm (AIP&T) in 2008 before turning it into one of the fastest growing IP law firms in West Asia and Africa.

From 2004 to 2007 Mr Al-Otaishan worked as an in-house IP lawyer for the Saudi Basic Industries Corporation (SABIC), the world’s largest petrochemical company. During that period, he also worked as of counsel for the Patent Disputes Resolution Court, which has jurisdiction over all patents’ disputes in Saudi Arabia.

In 2003 Mr Al-Otaishan obtained an LLM in intellectual property from the University of Washington – School of Law in Seattle. Since IP laws are evolved/developed initially in industrial countries, Mr Al-Otaishan believes that the courts outside these jurisdictions must be educated in the principles underlying such laws at the time of enactment of similar statutes locally in order to avoid any risk of misinterpretation that would lead to IP owners losing their valuable rights. Mr Al-Otaishan has accordingly been working with the local courts so they apply the same principles as those used by courts in industrial countries.

Mr Al-Otaishan has a successful track record of handling complex IP litigation, including Exxon Mobil Corp v Saudi Basic Industries Corp (2000-2006), an ownership dispute over a petrochemical catalyst, which is one of the longest and most complex cases ever litigated in the Middle East. He also successfully litigated a vast number of complicated trademark ownership and infringement disputes. The recognised quality of his written arguments and the excellent feedback from his clients also serve to illustrate Mr Al-Otaishan’s reputation as one of the region’s most successful IP litigators.

As managing partner of AIP&T, Mr Al-Otaishan is determined to maintain the firm’s high professional standards and to train more professionals in several branches of AIP&T. 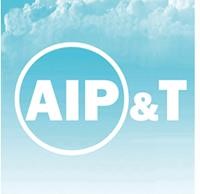