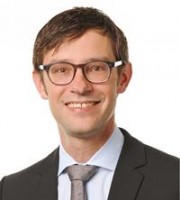 Michael Isler is a partner in the IP, IT and data protection groups at Walder Wyss in Zurich. He regularly advises on complex outsourcing, technology transfer and platform projects from the conceptual and negotiation phase to dispute settlement. He further enjoys a vast experience in copyright, trademark and patent law. A particular focus of his work is dedicated to the life sciences and health sector. Mr Isler regularly publishes and lectures in his practice areas and takes an active role in several professional organisations. He is co-editor of Life Science Recht, the Swiss law journal for pharma, biotech and medtech.

Born in 1974, Mr Isler was educated at the Universities of Zurich (lic iur 2000) and Louvain; he also holds a doctoral degree from the University of Lucerne (2011). Before joining a major law firm in Basel and Zurich in 2010, he worked for several years as in-house counsel at a technology group and a global telecom infrastructure and service provider. He joined Walder Wyss in 2014.

Mr Isler is registered with the Zurich Bar Registry and admitted to practise in the whole of Switzerland.