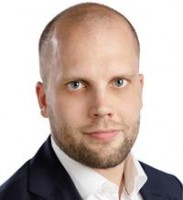 Magnus Johansson provides legal advice to clients on matters related to patents, trademarks, designs and other IP rights. He specialises in matters at the intersection between technology, patents and law, such as dispute resolution related to patent infringement, as well as transaction and ownership matters. Mr Johansson also has considerable experience working with IP strategy and the management of inventions and patents, including advising clients on how to best protect their innovations using tools such as patent registrations, trade secret protection and contractual obligations. His in-depth knowledge and experience of working with patents has led him to become authorised as a Swedish patent attorney.

Mr Johansson has represented clients before the Swedish Patent and Market Court and in arbitration proceedings. He has worked in intellectual property since 2008, when he joined the IP and law department of a supplier within the automotive industry – an industry with which he has worked continuously ever since.

Mr Johansson joined Valea in 2015 and became the firm’s legal team’s team leader in 2018. He was recognised as a Rising IP star by Managing Intellectual Property in 2018.