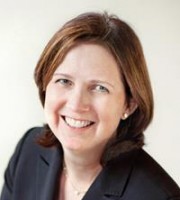 Linda K McLeod’s unique experience makes her one of the most sought-after lawyers to handle trademark cases before the Trademark Trial and Appeal Board (TTAB) and the Court of Appeals for the Federal Circuit. As a former TTAB administrative trademark judge and interlocutory attorney, Ms McLeod has extensive experience litigating cases through trial before the TTAB and related court appeals. She has a proven track record handling appeals before the Federal Circuit, having scored a victory in a precedential ruling in Couture v Playdom Inc and leading a pending Federal Circuit appeal concerning famous character names. Ms McLeod was appointed by the Secretary of Commerce to serve on the USPTO’s Trademark Public Advisory Committee (2011-2014). She has served on a USPTO Subcommittee, INTA’s Trademark Office Practices Committee and as chair of the Trademark Relations with the USPTO Committee of the International Association for the Protection of Intellectual Property.

Ms McLeod has earned numerous accolades and recognitions for her expertise, including being:

Clients describe Ms McLeod as “the reigning queen of the TTAB” and “a leading TTAB practitioner” who “deftly maneuver[s] through the [TTAB] system”, and as “seriously smart and really knows her stuff; she makes all the right arguments, but at the same time knows how to take a well-reasoned stance to get a disagreement resolved”. Before co-founding Kelly IP, Ms McLeod was a partner at Finnegan, Henderson, Farabow, Garrett & Dunner LLP in Washington DC.