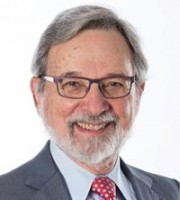 Lee Carl Bromberg has over 40 years of experience in trademark, copyright, trade secret, unfair competition and patent infringement cases. He has represented national companies in trademark and trade dress cases, as well as in copyright and patent disputes.

Mr Bromberg won a decision in the Second Circuit for famous high-fashion women’s shoe designer Christian Louboutin, upholding a single colour as a valid trademark and preserving Louboutin’s RED SOLE mark. In a false advertising case involving musical instruments, he won a jury verdict of $20.7 million, described as “the largest financial judgment in music industry history” by Music Trades Magazine. He has also represented Harvard University in a series of trademark cases and domain name disputes.

Mr Bromberg excels in presenting complex technical and scientific subject matter to courts and juries for clients in the pharmaceuticals, medical devices, life sciences, power systems, software and electronics industries. In a medical device case, he secured a jury verdict denying any recovery on a claim for over $30 million in patent infringement damages. In a pharmaceutical case, he obtained a jury verdict of $65 million – the largest verdict of the year in Massachusetts. Mr Bromberg obtained a verdict of infringement for Abbott Laboratories which upheld a multi-year licensing programme for patents directed to immunochemical diagnostic devices. He also obtained an arbitration award of over $11 million, including an award of attorneys’ fees, on behalf of a R&D lab for its ground-breaking medical technology. In 2012 he won a non-infringement jury verdict defeating a software patent claim for $90 million.

Mr Bromberg has been named:

Mr Bromberg is a former president of the Boston Patent Law Association and serves on the Programme Committee of the American Intellectual Property Law Association.