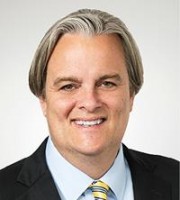 For nearly 25 years, John Dabney has devoted his practice almost exclusively to the representation of companies in trademark, trade dress, false advertising and unfair competition litigation under the federal Lanham Act. Before joining Snell & Wilmer in 2020, Mr Dabney practised at McDermott, Will & Emery for approximately 20 years where he led the firm’s trademark litigation group for over a decade. Mr Dabney has served as lead counsel in over 100 federal court actions and Trademark Trial and Appeal Board cases, and has long been ranked as a top trademark litigator in the country by World Trademark Review (2011-2020) (Gold Band in 2018-2020 for DC practitioners; Silver Band in 2020 for practitioners nationwide).

Mr Dabney is also ranked as a leading trademark litigator by The Legal 500 (2007-2020) and The Best Lawyers in America (2016-2021). He represents brand owners in a variety of industries, including food and beverages, medical devices, audio equipment, automobile manufacturers, healthcare, sporting goods and resorts, household goods and financial services. Mr Dabney has litigated Lanham Act cases in the federal courts in more than 25 different jurisdictions, including the Eastern District of Virginia, the Southern District of New York and the Northern and Central Districts of California, as well as the US Courts of Appeal for the First Circuit, Second Circuit, Third Circuit, Fourth Circuit, Sixth Circuit, Eleventh Circuit, Federal Circuit and the Federal Court of Claims.