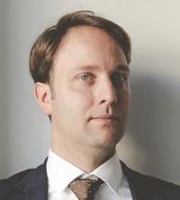 Johannes Fuhrmann became a partner at BomhardIP on 1 March 2019. In 2018 he had been recognised by Managing Intellectual Property as a Rising Star in the magazine’s first official Rising Stars publication.

Mr Fuhrmann’s specialties are advising BomhardIP’s international clients in complicated and complex multijurisdictional matters, as well as handling the registration and enforcement of non-traditional marks and of famous marks. He also has extensive experience in relation to trademark portfolio management, searching, filing and prosecuting trademarks throughout Europe and worldwide.

Mr Fuhrmann is a member of INTA’s Non-traditional Trademark Committee and MARQUES’s European Trademark Law and Practice committee. He is a regular conference chair and speaker on IP issues, as well as a frequent writer on EU trademark law developments, including as a contributor to the Beck online commentary (in German) on EU and German trademark law.

Mr Fuhrmann studied law at the universities of Trier (Germany), Padova (Italy), Cologne (Germany) and Leiden (Netherlands). He holds a PhD from the University of Cologne, as well as an LLM in public international law from Leiden University. During his legal clerkship, he worked at German courts and law firms, at the German Mission to the United Nations in Geneva, as well as at an international law firm in Alicante that he later joined as a lawyer. In the summer of 2013 he gained in-house experience working as a secondee at one of Europe’s largest telecommunication providers.

In addition to his native German, Mr Fuhrmann speaks English and Spanish and has some knowledge of French and Italian.