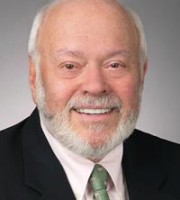 James L Bikoff’s practice focuses on worldwide trademark and copyright protection and enforcement programmes for clients in the consumer and industrial product sectors, as well as non-profits and service providers. He also engages in internet and domain name counselling and litigation. Mr Bikoff has been active in directing worldwide trademark and copyright protection, litigation and anti-counterfeiting enforcement. His clients have included the International Olympic Committee, FIFA, the American Red Cross and the National Grange. He was in charge of enforcement for the 1994 World Cup Games, 1996 Olympic Games and 1999 and 2003 Women’s World Cup Games.

Mr Bikoff was counsel in a landmark anti-cybersquatting action for the National Collegiate Athletic Association – involving the first freeze of assets against an offshore internet gambling website – and was counsel in a case involving the largest number (1,800) of domain names ever joined as defendants for the International Olympic Committee. Mr Bikoff has achieved a string of victories in UDRP proceedings on behalf of his clients.

Mr Bikoff is vice chair of the Trademarks and Unfair Competition Division of the IP Law (IPL) section of the American Bar Association, and the IPL delegate to ICANN. He also serves as a member of the Anti-counterfeiting Committee of the European Communities Trademark Association. He is also a member of INTA’s Data Protection Committee.