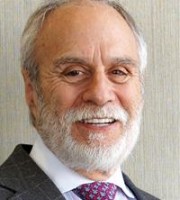 Harley I Lewin has over 40 years’ experience protecting IP rights across the world. A leader of McCarter & English LLP’s fashion, design and luxury goods team, he executes unique global strategies across all forms of products, locations and media. He works directly with governments, law enforcement agencies, courts and customs authorities in more than 75 countries to implement new and cost-effective methods to protect clients’ assets. Mr Lewin leads litigations and international arbitrations relating to IP rights and international licensing disputes.

At any one time, Mr Lewin is working in over 30 countries. He is routinely sought as a legal authority, appearing on Good Morning America, CNBC, CBS 60 Minutes, MSNBC and CNN International.