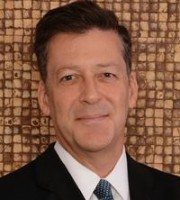 Gustavo Starling Leonardos is the managing partner of Luiz Leonardos & Advogados specialising in IP judicial litigation, technology transfer and trademark registration. Mr Leonardos has an LLB from the Faculty of Law of the State University of Rio de Janeiro (1985) and a master’s in comparative law from George Washington University Law School (1987). He is a member of the Brazilian Bar Association.

Mr Leonardos was also a member of the National Council Against Piracy and Intellectual Property Infringements of the Ministry of Justice in 2005 to 2007.

Mr Leonardos received the School of Magistrates of the State of Rio de Janeiro Medal in 2007 for the outstanding services rendered to the legal culture and Brazilian society.