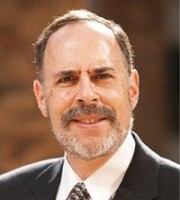 Glenn Spencer Bacal is managing attorney at Bacal & Garrison Law Group. He advises companies from various sectors on all aspects of trademark protection, licensing and registration, both in the United States and internationally. He is a fellow of the Litigation Counsel of America – a peer-selected, honorary society of trial lawyers. He is also a member of the Arizona and Texas Bars.

Mr Bacal has co-edited and co-authored nationally recognised publications on trademark law. He was the co-editor and a co-author for several decades of the updated, highly acclaimed electronic version of Trademark Administration, published by INTA. He was the chair of INTA’s Publications Committee for several years. He is also the longstanding lead author of the Arizona chapter of the popular publication US State Trademark and Unfair Competition Law.

Mr Bacal was a partner and the head of IP departments at several large law firms before opening up his own firm in 2010. His firm has received – in multiple years – first-tier listings (metropolitan area) in Best Law Firms in America for several different areas of intellectual property, including trademark law and IP litigation. He has been continuously named in Best Lawyers in America for decades and has repeatedly been named a Lawyer of the Year in several different categories.