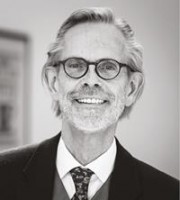 Gerard van Hulst has extensive experience in the field of intellectual property and is particularly active in providing multinational companies with advice on the management, development and exploitation of their IP portfolios. In addition, in his role as commercial and global accounts director and partner, Mr van Hulst focuses on expanding the international client base of the Novagraaf group, which involves working in close cooperation with other professionals within the group, including specialists in the field of patents.

Mr van Hulst has worked as a consultant in the field of intellectual property since the early 1980s and is a certified trademark attorney of the Benelux Association for Trademark and Design Law. He joined Novagraaf in 2000.

Mr van Hulst advises clients in various countries, including Europe, the United States and Asia. He has a deep knowledge of the rules of conduct for international business transactions and has developed a unique approach for multinational companies.

Mr van Hulst acts for clients in a wide range of sectors, including the pharmaceuticals, tobacco and clothing industries. He is also responsible for managing the trademark rights of a world-renowned music band. Mr van Hulst is a regular speaker at seminars, both nationally and internationally. He speaks Dutch, English and German.

Mr van Hulst has been recommended in the World Trademark Review rankings for several years.