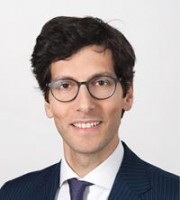 Emanuel Boesch joined Hule Bachmayr-Heyda Nordberg Rechtsanwälte GmbH in 2010 and was appointed partner in 2011. He previously worked at Austrian law firms Zeiner & Zeiner and Wolf Theiss in Vienna. His studies abroad at Universidad Autónoma de Madrid in 1997 laid the groundwork for his international experience. Mr Boesch graduated from the University of Vienna in 1999.

Since passing his bar exam in Vienna in 2005, Mr Boesch has gained significant expertise in the fields of intellectual property, trademarks, unfair competition, copyright, commercial practice and civil law. In 2006 and 2007 Mr Boesch obtained valuable experience during secondments with the in-house trademark practice of an international tobacco company in Switzerland.

His work includes strategic advice and support on trademark portfolios (including contract drafting and trademark clearance) at the national and international level and transnational litigation relating to trademarks, unfair competition, patent, design and copyright infringement. He also provides advice and representation for trademark registration, opposition and cancellation procedures on the national and European level. Mr Boesch’s representation of a Spanish beverage company in a complex transnational trademark dispute with a leading manufacturer of energy drinks received widespread media interest.