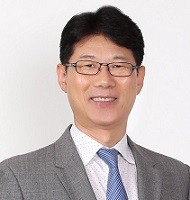 DJ (Doug Jay) Lee has been a trademark attorney for more than 25 years. He is a well-reputed trademark specialist and his ability to successfully navigate challenges is evidenced in his strong prosecution skills, which have earned him referrals from all over the country.

His biggest success to date is the registration of adidas’ three-stripe mark. In 2012, he advocated for the concept of a “position mark” and the Korean Supreme Court accepted, granting registration to the placement of the iconic stripes along the side seams of sports shirts. The decisions are now part of the basic rules for examining position marks in KIPO’s Trademark Examination Guidelines.

Mr Lee is also well versed in the use of consumer surveys, which is not common in Korea. He secured a major victory in 2015, when the Patent Court recognised ROLEX as a universally famous mark, thereby invalidating the POLEX mark. The consumer survey commissioned by Mr Lee was a pivotal piece of evidence in the case, proving the likelihood of confusion between the two marks.

Mr Lee’s contributions to the local community include speaking at forums, guest lecturing, writing and contributing to articles and serving on various national boards. For more than 10 years, he has given lectures as part of training sessions offered to new intellectual property attorneys. In seminars organised by IP associations, including the Korea Patent Attorneys Association, he regularly gives presentations on changes in trademark laws and practices and the representative trademark cases of the year.

He is the vice president of both AIPPI Korea and APAA Korea. He also serves as one of the Korean representatives on APAA’s trademark and design committee and was previously a copyright committee member. He has been named as one of the leading trademark/design practitioners in Korea by WTR 1000 for several years, and was ranked in WTR Global Leaders 2019. Most recently, he was recognised as a trademark star by MIP IP STARS in 2020.