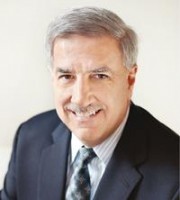 David M Kelly has represented clients in trademark, copyright and unfair competition issues for over 30 years, with a focus on litigation, disputes and strategic counselling. Mr Kelly is consistently recognised as one of the top US trademark lawyers. In 2019 WTR 1000 named him one of the top 10 lawyers nationwide for trademark litigation (for the fourth consecutive year) and prosecution (for the second consecutive year). Mr Kelly was also recognised in WTR 1000’s inaugural edition of Global Leaders. According to WTR 1000, clients describe Mr Kelly as “arguably the best trademark practitioner in the country”; the lawyer “to call for make-or-break disputes”; a lawyer who “maintains strong relationships with massive brands and has built a stunning firm around him”; “an eminently practical and skilled negotiator” whose “substantial proficiency and estimable business acumen single him out in the field”; and “his real-world advice doesn’t elevate law above business”.

In 2019 Legal 500 US named Mr Kelly as a Leading Lawyer – Legal 500’s top category – in both trademark litigation and prosecution for the 12th consecutive year. Only nine US lawyers were named in each category, and during the past decade Mr Kelly was the only lawyer or one of two named in both categories. In 2017 Mr Kelly was one of only 11 US trademark lawyers inducted into the inaugural Legal 500 Hall of Fame, and the only lawyer named for both trademark litigation and prosecution.

According to Legal 500, clients describe him as “a leader in the field”, “a superstar”, “an outstanding trademark litigator” and “an exceptionally bright and thoughtful advocate,” and look to him for advice based on his reputation as being “full of business savvy” and “a source of much practical advice… that understands our business in a way that most lawyers don’t”. Mr Kelly has been similarly recognised by IP Stars, WIPR and others.