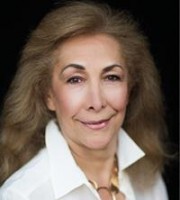 Consuelo González-Rodriguez is a senior partner at Uhthoff in Mexico, where she heads the team that leads the trademark department. She has over 36 years of experience in intellectual property and has been involved in the filing, examination, opposition and appeal proceedings for multinational companies.

Ms González-Rodriguez joined Uhthoff in 1981 and was appointed a partner in 1991 – the first woman to become a partner in a law firm of this kind in Mexico. She holds a law degree from La Salle University in Mexico City and an economic and corporate law diploma from the Pan-American University.

Ms González-Rodriguez has collaborated with the Mexican Industrial Property Institute on the adaptation and translation into Spanish of the Catalogue of the International Classification of Goods and Services issued by WIPO.

Due to her extensive expertise in national and international procedures, in November 2007 Ms González-Rodriguez was elected general secretary of the Mexican Association for the Protection of Industrial Property to coordinate different committees whose members are mostly lawyers from the leading firms in Mexico.

Ms González-Rodriguez is also a member of the Mexican Bar Association, the Inter-American Association of Industrial Property, INTA, the Pharmaceutical Trademark Group and the National Association of Corporate Lawyers (ANADE). She was the coordinator of ANADE’s Intellectual Property Committee from 2012 until 2016 and became a member of ANADE’s national board in early 2017. She is now the board’s vice president.