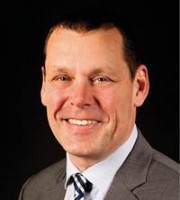 Claes Agnvall is a senior partner of Zacco with over 25 years’ experience advising on IP legal matters, including filing and prosecution of design and trademark applications, conflict resolution and strategy development. Mr Agnvall is team manager of the trademark, design and legal team in Stockholm; he shares his time as a team manager with IP consultancy work, in particular in EU trademark law (including oppositions and cancellations), as well as cases relating to Community design law – an area in which Mr Agnvall is especially experienced thanks to his background at the EUIPO.

Mr Agnvall graduated in 1990 with an LLM from Stockholm University and is also a Swedish-authorised IP attorney. He joined the Swedish Patent and Registration Office in 1990, where he worked as a trademark examiner for a year. Mr Agnvall developed his understanding of intellectual property in the industry between 1991 and 1994 as head of the trademarks department at Nobel Corporate Services, a service company for companies within Nobel Industries. In 1994 he joined AB Stockholms Patentbyrå Zacco Bruhn (now Zacco) as a trademark consultant. He worked as an examiner at the examination division of the EUIPO (then OHIM) and as examiner and head of a unit within the opposition division from 1996 to 2001. Mr Agnvall has worked at Zacco as a lawyer since 2001.

Mr Agnvall lectures on EU trademark law and holds seminars at Stockholm University in connection with its master’s programmes. He has actively contributed to the committee work of the International Trademark Association for over a decade. He has also contributed to the Swedish chapter of the latest editions of Global Patent Litigation, How and Where to Win.