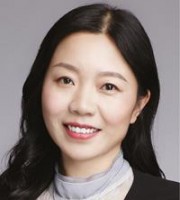 Chumeng (Jessica) Xu is partner and head of the trademark team at JunHe LLP, one of the oldest and largest law firms in China. She worked at CCPIT Patent and Trademark Law Office from 1997 to 2013 and was deputy director of the trademark division. She has extensive experience in trademark litigation, prosecution and enforcement and possesses a good understanding of Chinese law relating to trademarks, copyright and anti-unfair competition. Her clients hail from various sectors including motor manufacturing, hotel, Internet and technology, luxury goods, media, entertainment, food and beverage, as well as charitable organisations and retail and healthcare companies.

Ms Xu is adept at handling complicated trademark cases and has assisted clients such as BMW, Jeep and Mary Kay in obtaining recognition of well-known marks by the trademark authorities and courts. Some of the influential cases she handled have been widely reported in a variety of media

Ms Xu’s cases have been ranked among the:

She is the co-author of Trademark Laws and Practices Throughout the World (2006) and author of: