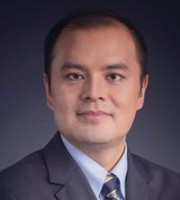 Christopher Shen joined NTD Intellectual Property Attorneys after graduating from Renmin University of China in 1998, also earning an LLM in IP law from George Washington University in 2004. Mr Shen was admitted to the Chinese Bar in 2000 and the New York State Bar in 2005.

Mr Shen’s practice focuses on IP strategy, litigation and administrative enforcement. For over 22 years, he has represented many famous companies in lawsuits and arbitrations relating to patent, trademark, copyright and unfair competition disputes.

Mr Shen has been invited to speak at many international seminars on China’s IP protection, and has established extensive connections with foreign IP authorities and attorneys. In 2018 he was named by the China Trademark Association among the Top 30 Trademark Practitioners in China. In 2019 he was jointly named by IP House and China IPR Daily among the Top 50 IP litigators in China.

Mr Shen has received the following awards and honours: