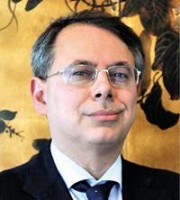 Cesare Galli has been a full professor of IP law at the University of Parma since 1998. Admitted to the Bar in 1986, in 2004 he founded IP Law Galli which deals with litigation across all branches of IP law. Professor Galli has been involved in a large number of important litigations in Europe concerning all branches of IP law and often tackles cross-border problems. He is the author of numerous publications on IP law, including:

A member of the government Boards of IP Counsel since 2005, Professor Galli was appointed by the Ministry of Economic Development as a member of the High Commission Technical Committee on the Fight against Infringement and also the Italian National Anti-counterfeiting Council. He was on the expert panel that drafted the 2010 reform of the Industrial Property Code and the rules aimed at implementing the Unified Patent Court in Italy.

In 2010 Confindustria appointed Professor Galli as a member of the Intellectual Property Advisory Board and chair of an expert panel for the Italian National Anti-counterfeiting Days. He was involved in the process that led to Italy taking part in the Unified Patent Court Agreement in 2013 and in the enhanced cooperation on the unitary patent in 2015. He also assisted the Italian delegates in drafting the Rules of Procedure.

In 2009 Professor Galli was appointed as a member of the European Observatory on Infringements of IP Rights on behalf of Confindustria and Indicam. He is the director of the Trademarks Board of the Italian Group of the Association for the Protection of Intellectual Property, a member of the Licensing Executives Society Italy and a senior fellow of Istituto Bruno Leoni.