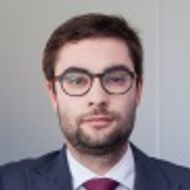 The Madrid Protocol on the International Registration of Marks (1989) currently has 106 members, covering 122 countries. In Africa, the Madrid Protocol has 22 members over 38 countries, due to the participation of the African Intellectual Property Organisation.

While there is a growing majority of African countries that belong to the Madrid System, Nigeria, South Africa and Angola are notable exceptions as the first, second and seventh largest economies in terms of nominal gross domestic product.

Table 1 shows that Mauritius, Seychelles, South Africa and Cape Verde are ranked as countries of origin on international trademarks even though they are not members of the Madrid Protocol. This is the result of a provision in the Madrid Protocol that provides entitlement to file an international application to applicants that – even if not domiciled in the territory of a member state – have real and effective industrial or commercial establishment in the territory of a member state.

While the growth is positive, putting the matter into perspective, Cyprus – a country with a population of 1 million – had roughly the same number of international trademark applications (231) as the combined countries of the African continent (235), which has a population closer to that of China.