What businesses need to consider before a brand (re)launch: lessons from SUSSEX ROYAL 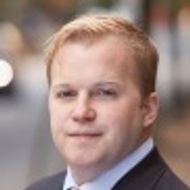 The Anglosphere was recently abuzz with Prince Harry and Meghan Markle’s decision to transition from being public members of the royal family to private commercial enterprise, stepping back from both their official roles and their share of the sovereign grant. The couple quickly faced myriad difficulties with their plan to use the SUSSEX ROYAL mark in association with various goods and services, culminating in the Queen’s alleged refusal to allow the use of ROYAL. While an unfortunate setback for the pair, their failure to successfully launch SUSSEX ROYAL can serve as a useful post-mortem on trademark issues that any business may face when they (re)brand.

First, businesses – and particularly those which spin off or split from existing organisations – should take care to avoid conflict with their prior associates or places of employment. The Duke and Duchess of Sussex appear to have sunk significant resources and efforts into branding as SUSSEX ROYAL, including a popular Instagram account, relevant trademark filings and domain names (at the time of writing, the couple still provides updates through ‘www.sussexroyal.com’). It now appears clear that those investments were made before the couple had negotiated terms for their transition from public royal life. In doing so, they not only suffered losses related to the failed launch but also wasted potential leverage in negotiating the terms of their transition.

Second – and though it is trite to mention – legal counsel should be obtained prior to making an important branding or operational transition. Trademark law is generally complex and deceptively complicated concepts often lead to misunderstandings on the part of the general public and non-specialist practitioners alike.

For instance, while some sources covering the story reported that the use of ROYAL for commercial enterprises was prohibited unless permission was obtained from the Canadian government for its use in Canada, this is not entirely accurate. It is true that the country’s Trademarks Act provides that a number of prohibited marks are not available for use in association with a business, which includes “any word or symbol likely to lead to the belief that the [associated] goods or services have received, or are produced, sold or performed under, royal…patronage, approval or authority”.

However, the relevant consent need not be obtained from the government, but from the Queen or the person “intended to be protected by this section”. It is at least arguable that Harry and Megan qualify as such persons – notwithstanding their new roles, they were to remain royals and allowed to retain the HRH royal prefixes to their names. Moreover, Harry remains sixth in line for the throne.

Third, businesses should be mindful of both the challenge and the cost of pursuing pan-continental trademark protection – specifically, how obstacles in key countries can derail broader plans. For example, many articles were published on the difficulties the couple experienced in attempting to secure a registration for SUSSEX ROYAL in the United Kingdom.

Less covered, however, was the activity of potential trademark trolls in Canada, the country where the couple first decamped after leaving Britain.  In January 2020, two parties – with no clear affiliation to the duke and duchess or to their foundation – filed applications for SUSSEX ROYAL – one covered alcohol, clothing and related items; the other a variety of household and kitchen goods. Apparently anticipating this type of risk, the couple’s foundation filed a priority application for SUSSEX ROYAL through the Madrid system on 20 December 2019, designating a number of countries, including Canada.

In this regard, businesses must be alive to the risk posed by trolls using domestic trademark systems to extract payments from operating businesses, or to otherwise obtain a profit from the business endeavors of unrelated parties. By claiming priority and using the Madrid system, businesses can pursue trademark protection in a more comprehensive manner and help minimise the harm done by opportunistic local squatters in smaller jurisdictions.

Businesses can also adopt strategies intended to avoid telegraphing their moves to potential squatters and competitors, which include:

Notably, the duke and duchess filed the initial UK application for SUSSEX ROYAL in the name of two individuals associated with their foundation, as opposed to the name of the foundation itself.

There is little doubt that in selecting SUSSEX ROYAL as their brand, the Duke and Duchess of Sussex made a strong choice from a financial perspective – according to The Economist, various branding experts posited the brand could have earned them up to £500 million in the first year. However, it seems that the manner in which they made their choice led to its failure to launch, highlighting the need to adopt an effective legal strategy beforehand.

That said, it appears that the couple learned from some of the mistakes made in launching SUSSEX ROYAL when they selected their new brand, ARCHEWELL. An application for ARCHEWELL was filed at the USPTO on 3 March 2020 under the name of Cobblestone Lane LLC. In addition to using a stealth company as the named applicant, the couple included broad protective claims for goods and services in the new filing. The application was filed before they made any public announcement – though they were forced to reveal their plans when members of the media obtained documents linking them to the filing.

The future of ARCHEWELL may itself provide another case study for trademark practitioners. At the very least, it will serve as a reminder that even best practices do not guarantee certainty in the registration process.