United States: A prescription for clarity

The Lanham Trademark Act is regarded as a law that protects the rights of trademark owners. However, it is also a consumer protection law. In that regard, its primary aim is to help prevent consumers from being confused as to the source of goods or services.

The act does not set out a standard for determining when there is a likelihood of consumers being confused. Nor does it state – or even suggest – that the standard for determining that likelihood will depend on the extent of any potential harm that might befall consumers should they be confused. Nonetheless, a substantial body of case law in the pharmaceutical sector holds that a stricter standard should be used for such products because of the greater degree of harm that could be caused to consumers who take or use the wrong medication as a result of being confused by the trademarks involved.

The factors that various jurisdictions use to evaluate the likelihood of confusion in a trademark context almost always include an examination of the sophistication of likely consumers for the goods or services associated with the marks in question. In this regard, it is widely agreed that even general lay consumers are likely to exercise greater care when looking at health-related goods. Moreover, medical professionals are often recognised as being sophisticated purchasers when it comes to health-related goods or services. Thus, this body of case law suggests that confusion is less likely when pharmaceuticals are the goods at issue, because of the greater degree of care taken by or greater level of sophistication of the likely consumers.

Many courts recognise the heightened care and sophistication exercised by consumers making healthcare-related purchasing decisions. Such care and sophistication weigh against a finding of a likelihood of confusion between two marks. For instance, in Carefirst of Maryland Inc v FirstHealth of the Carolinas Inc (77 USPQ2d 1492, 1503 (TTAB 2005)), an application to register the mark FIRSTCAROLINACARE in connection with “health care in the nature of health maintenance organizations” was opposed based on a trademark registration for the CAREFIRST mark in connection with various healthcare goods and services.

The Trademark Trial and Appeal Board (TTAB) first noted that the relevant consuming public for healthcare services includes prospective and actual purchasers of healthcare insurance plans. In analysing the care and attentiveness of the relevant consuming public, the court acknowledged that even these ordinary consumers exercise some sophistication and care when making decisions related to healthcare and healthcare insurance services, because issues such as the extent of covered services, exclusions, deductibles and co-payments can affect the purchaser’s overall health and wellbeing. The court held that even non-purchasing users of healthcare and healthcare insurance services – such as a small business purchasing healthcare for its employees or an employee purchasing coverage for a spouse or a dependant – must be similarly concerned and sophisticated when it comes to healthcare-related decisions. Accordingly, the TTAB concluded that the care and sophistication with which even ordinary purchasers make healthcare-related decisions weighed against a finding of confusion.

Courts have also long recognised the conflict between the need to exercise greater care to prevent confusion in the healthcare context, which could have potentially serious health consequences for patients, and the care and sophistication which consumers are presumed to exercise when making healthcare-related decisions.

The tension between these competing concerns was addressed in KOS Pharmaceuticals, Inc v Andrx Corp (70 USPQ2d 1874 (3d Cir 2004)). In this case, the registrant of the ADVICOR mark opposed the applicant’s ALTOCOR mark. The ADVICOR mark was used on a pharmaceutical drug designed to improve cholesterol levels by combining lovastatin (which lowers so-called ‘bad’ cholesterol) with niacin (which increases so-called ‘good’ cholesterol). The ADVICOR trademark registration covers “pharmaceutical preparations for the treatment of cardiovascular diseases”. The ALTOCOR mark was used in connection with an anti-cholesterol medication containing only a single active ingredient, an extended-release form of lovastatin. The trademark application for the ALTOCOR mark recited the goods as “pharmaceuticals for the treatment of dyslipidemia or central nervous system disorders”.

In assessing the standard of care and attentiveness exercised by consumers of these two pharmaceutical products, the court recognised that trained medical professionals exercise a high degree of care in distinguishing between medicines. However, it also acknowledged that a higher degree of care should be exercised to avoid confusion concerning medications which can seriously affect a patient’s health. This stricter standard of likelihood of confusion in cases involving pharmaceuticals stretches back decades to the Court of Customs and Patent Appeals’ 1944 decision in Campbell Prods, Inc v John Wyeth & Bro, Inc (143 F 2d 977, 62 USPQ 302 (CCPA 1944)). In evaluating these competing concerns, some courts have even held that the heightened care designed to protect the health of consumers outweighs the care and sophistication of medical professionals.

The court also recognised that consumers of these pharmaceutical products include both medical professionals and the general public. As such, the proper standard of care to be exercised should be equal to that of the least sophisticated consumer in the class. Accordingly, the court in KOS held that the heightened care and sophistication of medical professionals regarding pharmaceutical products did not open the door for pharmaceutical manufacturers to adopt trademarks that could be confusingly similar to anyone who does not exercise such heightened care.

When these competing concerns governing the proper standard of care and attentiveness exercised by consumers in the pharmaceutical context were considered in conjunction with other factors – including the similarity of the marks (sight, sound and meaning), marketing channels and the relatedness of the goods – the court concluded that there was a likelihood of confusion between the ADVICOR and ALTOCOR marks and therefore issued a preliminary injunction enjoining the applicant from using the ALTOCOR mark in connection with its anti-cholesterol drug.

When healthcare-related goods and services are marketed to both medical professionals and the general public, courts will apply the standard of care exercised by the least sophisticated consumer. To avoid the relatively lower standard of care exercised by the general public being used – which tends to favour a finding of confusion and a refusal to register the mark – pharmaceutical companies and other companies adopting marks for healthcare-related goods and services should consider restricting the description of goods or services in their trademark applications to particular channels of trade or particular classes of purchaser, provided that this is accurate. For instance, a manufacturer of anaesthetics could describe the goods covered by the mark as “general anaesthetics for use by medical professionals, namely, anaesthesiologists”. This should then trigger the application of the more discerning standard of care exercised by medical professionals, which tends to support registration. It would also minimise the applicability of the heightened likelihood of confusion standard because lay consumers would not be directly involved.

Additionally, the Lanham Act proscribes source confusion in addition to product confusion. For this reason, a mark may be refused registration even if there is evidence in the record that medical experts would not mistakenly dispense one medication after confusing it for another. If an applicant is faced with such a refusal, it may be able to argue that any potential source confusion should not trigger the stricter scrutiny typically applied in the healthcare context because source confusion, unlike product confusion, affects the goodwill and reputation of the trademark owner rather than presenting a health risk to the patient.

Although the case law provides conflicting legal standards for evaluating trademarks in the healthcare context, a trademark adopter can take certain steps to satisfy the stricter standard designed to protect patient health and to obtain the benefit of the heightened care and sophistication exercised by medical professionals. Together, these should ensure a greater likelihood of obtaining a registration. 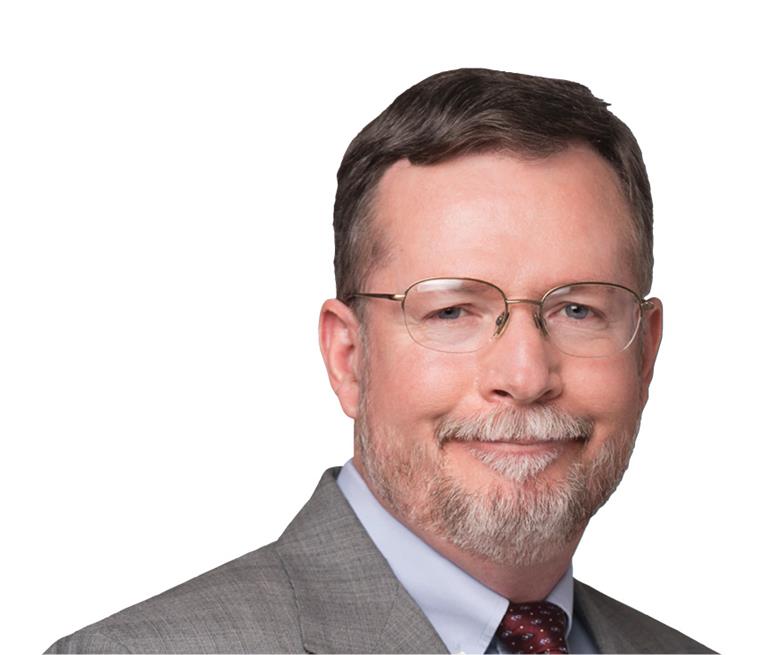 Thomas J Daly is a partner in Lewis Roca Rothgerber Christie’s IP practice group. Clients appreciate the more than 25 years’ experience in IP law that he brings to a team. With a litigation background, Mr Daly now focuses on helping clients with strategies to obtain and protect trademarks and patents. Mr Daly procures, licenses and enforces patent portfolios for, among other things, medical devices, chemical processing and pharmaceuticals. 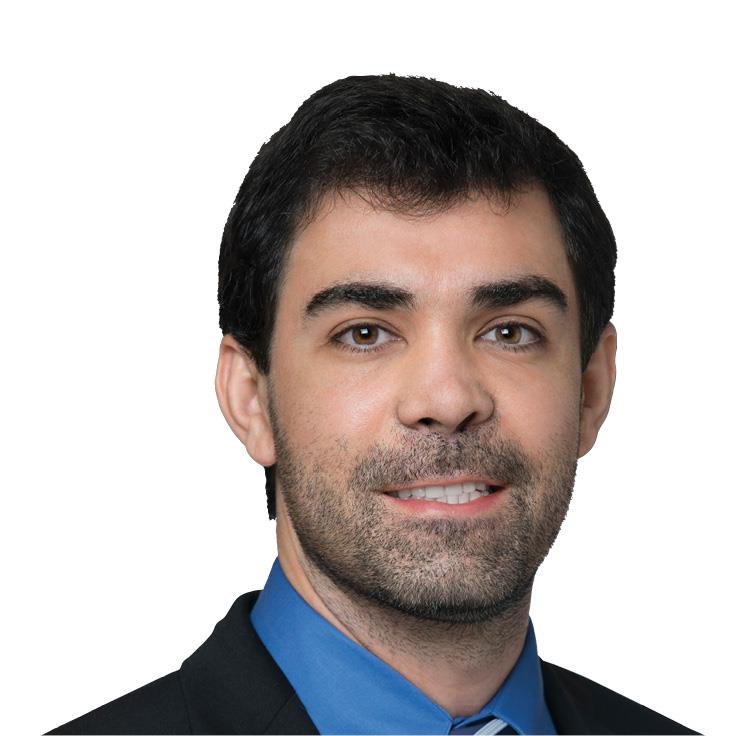