United States: Can someone use your marks in ads without permission?

Marketing departments everywhere are keen to use third-party trademarks or service marks to advertise or promote their products and services. Third-party marks can serve as a proxy for location, affiliation or performance and create authenticity in a marketing campaign. They may also be necessary to describe the use or compatibility of a product or service or to give a company access to a new demographic or influencer. However, it is not always the case that use of a third party’s marks for marketing and advertising purposes requires permission.

If one wants to use a third-party mark for advertising purposes, it is vital to understand whether permission is required, and in the case of a third party using your marks, whether you have a valid infringement claim in connection with that party’s unauthorised use of your marks.

Where possible, entities wanting to use a third-party mark should obtain consent – it is often simpler than marketing departments realise. There may also be practical considerations which would necessitate consent, such as a company’s risk threshold or the need to protect existing business relationships, even where strong fair use defences are available.

However, obtaining consent is often complicated and time consuming, and could unnecessarily tip off competitors. Compulsory licences are not available under US trademark law and few companies wish to depend on a determination that a mark is generic. Therefore, use of a third-party mark without consent for advertising purposes – and the determination of whether you have a valid infringement claim against a third-party user of your marks – will depend on whether the user has a valid fair use defence, which requires an understanding of the intersection between US trademark law and the First Amendment to the US Constitution.

Trademark law protects an owner’s exclusive right to exploit its marks and to prevent third parties from capitalising on the associated goodwill by suggesting an association or implied endorsement between the owner and a third party without the owner’s consent. The First Amendment prohibits any laws that abridge freedom of speech and therefore, among other things, provides certain safe harbours and defences for users of third-party marks where the public benefit of allowing the use outweighs the owner’s rights in the mark. In general, these trademark law defences constitute the fair use doctrine (which should not be confused with the fair use doctrine that applies to use of third-party copyright). The trademark law fair use doctrine essentially comprises the following three defences.

The classic fair use defence applies where a third-party mark is used to describe the user’s own goods or services, rather than to identify or associate it with the owner of the mark. Essentially, the defence prohibits a rights holder from appropriating descriptive terms for its exclusive use and thereby preventing others from accurately describing their own goods or services. For example, a beverage manufacturer’s use of the phrase ‘sweet-tart’ to describe the flavour of its fruit beverage was found not to infringe the SweeTARTS mark. This classic fair use defence is fairly limited; it applies only where one is using a descriptive term and only where the term is used in its descriptive sense rather than as a mark.

It is effective for those limited instances in which a company wishes to use third-party marks solely for descriptive purposes, but does little to protect a company’s use of a third-party mark for the purposes of identifying that rights holder or its goods or services.

What if a company wishes to use a third-party mark to identify, compare or associate its own products or services without infringing the third-party mark? Does trademark law actually require that one avoid using the actual mark and instead refer to it indirectly (eg, by referring to Geico as “that insurance company with the Gecko”)? Or worse, does it prevent a company from referring to third-party marks altogether? The First Amendment recognises this issue and permits certain uses of a third-party mark for identification purposes through a doctrine referred to as ‘nominative fair use’.

A user of a third-party mark may claim that a nominative fair use defence applies when each of the following factors is met:

The nominative fair use defence was first articulated in New Kids on the Block v News America Publishing, Inc, a 1992 case in which boy band New Kids on the Block (NKOTB) sued two newspapers over their use of the NKOTB word mark in connection with polls that prompted readers to respond to questions such as “Who’s the best on the block?” and the inquiry: “Now which kid is the sexiest?”

The nominative fair use defence is stronger where the following steps are taken.

First, the ‘use only as much as is reasonably necessary’ requirement is stronger where the use is limited to use of the word mark in a generic font – any use beyond this is rarely acceptable. Therefore, companies should avoid using a third party’s logo, taglines, catchphrases, signature font or a font and size designed to make the third-party mark stand out within the context of the advertisement.

Second, the user should take steps to ensure that no endorsement or sponsorship is expressed or implied between the two companies. For example, a disclaimer can be helpful – although use of disclaimers is not necessarily dispositive. More importantly, the user should avoid using logos altogether because the use of a third-party logo or other brand indicia is more likely to suggest endorsement. Use of a third party’s marks in connection with sweepstakes, contests and giveaways may also suggest endorsement. For example, had the NKOTB reader polls involved a prize giveaway of NKOTB concert tickets, the court may have found an implied endorsement.

Finally, statements should be factually accurate with respect to the relationship between the user and the mark owner. For example, a restaurant might advertise that it “uses Boar’s Head deli products to craft delicious sandwiches”, but should avoid stating that it has “teamed up with Boar’s Head to craft delicious sandwiches”. Boar’s Head in turn may be able to refer to the restaurant as a “customer”, but should not refer to the restaurant as a “satisfied customer”. As before, context matters and any use that could be construed as an implied endorsement should be reviewed with care.

In general, use of third-party marks without consent in advertising or expressive works that might be viewed as advertising always carries some element of risk; and while obtaining consent is often desirable, it is not always the case that consent is obtained. Whether such usage is legally permissible requires a careful analysis of the fair use defences. 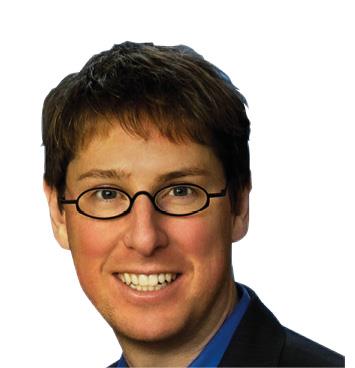 Kraig Baker is chair of the technology, advertising, trademark and entertainment group. He advises clients and provides assistance with licensing transactions in media, entertainment, technology, sports, advertising, privacy and social media, with a particular emphasis on mobile, digital media and interactive entertainment. Mr Baker is an instructor in the communications leadership graduate programme at the University of Washington, where he teaches classes on law of digital distribution, interactive media and content, and law and privacy issues with data and analytics. 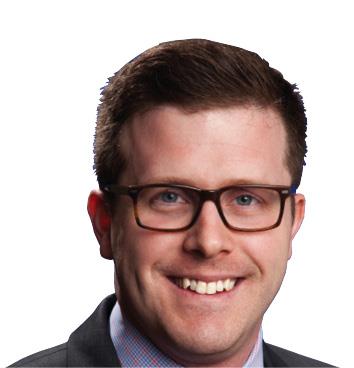 Jeffrey Carter concentrates his practice on transactional IP matters, with a focus on clients in the media, entertainment and advertising industries. He regularly provides counselling and production legal services to film and television production companies, television networks and theatrical producers. Mr Carter’s production legal experience is varied in nature, including the drafting and negotiation of agreements relating to the acquisition of underlying rights, production financing, and inbound and outbound content licensing.