In the United Kingdom, there is no codified body of law which explicitly protects image or publicity rights

The term ‘image rights’ or publicity rights refers to an individual’s right to exploit and prevent others from using his or her name, image, likeness or other essential personality features, such as signatures or nicknames. However, in the United Kingdom, there is no codified body of law which explicitly protects these rights.

In the age of celebrity, and in light of the lucrative business of personality licensing, the lack of express recognition of image rights in the United Kingdom is somewhat surprising and there are hopes that Parliament will address this issue through legislation in the future.

Such views are enhanced in light of Guernsey’s adoption of a registered personality right in 2012 (discussed below) and the stronger protections of image rights offered, for example, in the United States, Germany and France.

Until Parliament intervenes and legislates on this issue, practitioners need to be creative and imaginative. Individuals seeking to protect their image and personality can do so using a range of causes of action, such as trademark infringement, passing off, breach of confidence, defamation, copyright, data protection and advertising and press complaints codes. However, these causes of action offer varying levels of protection and are rarely considered sufficient.

The most frequently used tool to enforce image rights in the United Kingdom is the tort of passing off. Passing off is aimed at protecting the commercial value or ‘attractive force’ of an individual’s reputation. In order to succeed in a passing-off action, as established in Reckitt & Colman v Borden ([1990] 1 WLR 491), the claimant must be able to show:

Until Edmund Irvine v Talksport Ltd ([2002] 2 All ER 414), where the Formula One racing driver Eddie Irvine successfully brought a passing-off action against UK radio station Talksport, celebrities were generally unable to prevent the use of their image using passing off, as the claimant and defendant rarely fell within a ‘common field of activity’. Irvine expanded passing off to include false endorsement claims, rejecting the need for a common field of activity.

The ability to use the tort of passing off in relation to celebrity merchandising was demonstrated in Fenty v Arcadia ([2013] EWHC 2310), where pop star Rihanna successfully brought a passing-off action against Topshop, which had sold t-shirts bearing a photograph of her without approval. This was the first UK instance of a celebrity successfully bringing a passing-off claim against third parties to prevent unauthorised use of their image on merchandise. Although Rihanna’s action in Fenty was successful, the High Court emphasised that each case will turn on its own facts and selling a garment with the image of a celebrity is not, in itself, an act of passing off. Key factors in Fenty which led to the decision included that the image used was associated with Rihanna’s much-publicised latest album and music video; that Topshop was a retailer which entered into celebrity collaborations and with which Rihanna had previous links; and Rihanna’s status as a style icon who had entered into collaborations with other retailers and applied her own branding to products. It was also noted that Rihanna had previously taken action to prevent unauthorised use of her image, so the fact that there was some unauthorised merchandise on sale was not enough for customers to conclude that any image of Rihanna on a garment would have been unauthorised.

Despite passing off being established in Fenty, many celebrities may struggle to establish the crucial misrepresentation element and passing off may not protect those who have failed to license their image or name or enter into endorsements, as there would be no likelihood of damage. Accordingly, passing off would be unlikely to assist the estate of a celebrity who had been deceased for some time or where a long period of time had passed following his or her last endorsement.

Celebrities have long been keen on registering trademarks for their name, image or likeness, as registered trademarks give an exclusive right of use for commercial purposes. For example, in 2013 footballer Gareth Bale successfully registered as a UK trademark his signature ‘Eleven of Hearts’ goal celebration in relation to several classes, including jewellery and clothing; while Wayne Rooney has protected both his name and signature as Community trademarks.

However, the ability to register an already famous name has proved difficult and it is notable that Rooney’s registration occurred back in 2002, before he became a recognised household name. Ironically, a person’s fame can prevent successful trademark registration – the public must associate the name with the goods sought for registration as a designation of origin rather than as an indication of subject matter.

The leading case on trademark registration is Elvis Presley Trade Marks ([1999] RPC 567), where the Court of Appeal ruled that the marks ELVIS and ELVIS PRESLEY did not indicate the origin of the goods (toiletries) and applying these mark would be purely descriptive and not distinctive of the connection between the toiletries and Elvis. It is irrelevant whether a name is unique (eg, Diana, Princess of Wales [2001] ETMR 25) or imaginary (eg, Linkin Park [2006] ETMR 74) – such names may simply be regarded as descriptive, particularly with regard to image-carrying products, such as memorabilia.

In these circumstances, the best chances of obtaining registration lie in early registration (certainly before the height of a celebrity’s fame), selecting appropriate classes of goods or services for registration and ensuring that the public are made well aware of the connection between the celebrity and the products, such that they are distinctive of the goods rather than descriptive. Even when registered, names may be difficult to enforce, as illustrated by the European Court of Justice’s (ECJ) rejection of the estate of Pablo Picasso’s opposition to Daimler-Chrysler’s application for the mark PICARO, in relation to identical goods. The ECJ held that the PICASSO mark was predominantly known in relation to a well-known painter rather than automobiles and the conceptual differences between the respective signs counteracted the similarity between the marks. The enforceability of name and image marks has not been fully tested in the courts and some marks could be liable to claims of invalidity and revocation.

Preventing registration by third parties may also prove difficult. In the United Kingdom, there is no law that only the individual in question may register his or her name or image, and there are only limited options for opposition on absolute or relative grounds, including that the mark has been registered in bad faith or the registration is preventable by a rule of law – namely, passing off.

Other causes of action

Other causes of action provide limited assistance. Defamation will assist only where there has been damage to reputation. Third parties wishing to utilise a celebrity image will usually seek to affirm positive attributes and since the introduction of the Defamation Act 2013, serious harm must have been suffered. Copyright will be of little use for protecting celebrity names, as it is well established that names do not attract copyright protection. A challenge under the Data Protection Act 1998 which argued that photography or film constitutes personal data, which cannot be used without consent, has yet to be tested in the courts. The law of confidential information can protect commercial aspects of image rights, following Douglas v Hello! ([2005] EWCA Civ 595). However, the information must have the requisite degree of confidence – in Douglas, steps had been taken to preclude publication of wedding photos by anyone besides the magazine given the exclusive right to do so.

The advent of social media and the Internet raises questions of forum shopping for the protection of image rights. In Martinez ([2011] ECR I-10269) the ECJ permitted Olivier Martinez to rely on personality rights under the French Civil Code, despite being domiciled in the United Kingdom, as his ‘centre of interest’ was France and the harm had spread to this jurisdiction via the Internet. This raises the question of whether liability may arise in future in the United Kingdom for infringements of image rights in other jurisdictions, with more stringent image right protections, where content is published online.

One such jurisdiction could be Guernsey, which established a regime for registering personality rights under the Image Rights (Bailwick of Guernsey) Ordinance 2012. The regime allows for the protection of a personality for 10 years and images associated with the personality for three years. The courts of Guernsey will accept jurisdiction if there is actual use of a registered image in Guernsey – one would assume that this would include images which can be viewed online. Infringement occurs where an image which is identical or similar is used without the proprietor’s consent for financial benefit or for a commercial purpose. The use must create a likelihood of confusion or take advantage of, or be detrimental to, the repute or economic value of the personality without due cause. Any civil orders made under the ordinance can, in theory, be enforced in the United Kingdom under the terms of the Civil Enforcement Law 1952. Although the infringement regime is new and untested, the proliferation of information through the Internet combined with the Guernsey regime should, at the least, provide some deterrent value to potential infringers offshore. 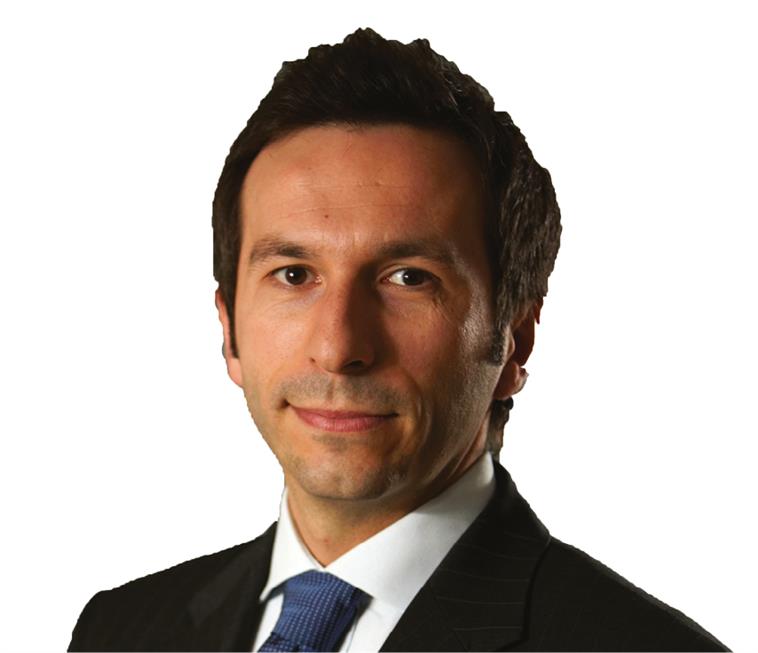 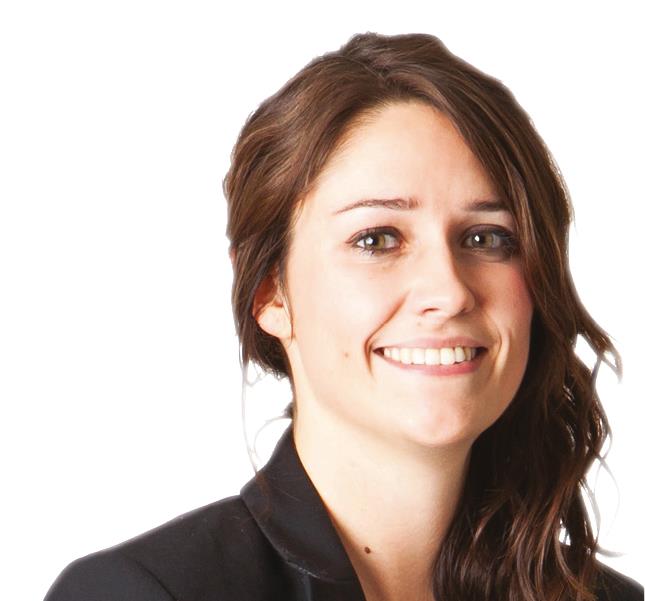 Annie Clarke is a third-seat trainee in the firm’s London office. She is currently working within the IP department, specialising in non-contentious commercial matters and trademarks. Ms Clarke’s experience includes working on trademark oppositions and applications for a market-leading multinational consumer electronics company and assisting in the provision of data protection advice to one of the world’s leading luxury groups.