The question of the parallel import of pharmaceutical products has recently been considered by the Chancery Division of the High Court in Flynn Pharma Limited v Drugsrus Limited. The decision provides a useful review of UK law on the parallel import of pharmaceutical products. The decision is now under appeal and is due to be heard in late February or early March 2017.

Flynn Pharma is a speciality pharmaceutical company which trades in both generic medicines and speciality brands. Its business model is to acquire marketing authorisations and then to sell branded products once the associated patents have expired – although generic versions of the products in question are usually competing in the market, there is still demand for the branded product as it is often still prescribed by name by doctors. Flynn Pharma is generally responsible for the manufacture, marketing and distribution of those products.

Drugsrus is a wholesaler of pharmaceutical products. The second defendant was a company which was set up to apply for and hold the product licences for parallel imports (PLPIs).

Flynn Pharma holds the UK marketing authorisation for a drug called phenytoin sodium, which is marketed in the United Kingdom as Phenytoin Sodium Flynn. Flynn is therefore responsible for making sure that the regulatory requirements in relation to the quality of the manufacture of the product and the marketing of the product in the United Kingdom are met. In this case, Flynn Pharma contracted out the manufacture of the product, but remained responsible for its quality.

Drugsrus planned to import Epanutin into the United Kingdom – it was already being sold in other EU member states, rebranded as Phenytoin Sodium Flynn.

Flynn Pharma, the proprietor of UK and EU trademark registrations for the word FLYNN in Class 5 for pharmaceutical products, objected to Drugsrus’ plan to apply its mark, FLYNN, to the products it planned to import into and sell on the UK market. Consequently, it brought an infringement claim against Drugsrus asking the court to grant an injunction.

The High Court looked at the UK prescription pharmaceutical market. Controls over the price at which a prescription pharmaceutical product can be sold in the United Kingdom depend on whether the product is a branded or generic product. The price at which branded products can be sold to pharmacists is regulated by the Pharmaceutical Price Regulation Scheme (PPRS). The price of generic products (ie, those sold under the drug’s international non-proprietary name (INN)) is not regulated by the PPRS. Instead, the price paid by the National Health Service (NHS) is determined by what pharmacies are charged for the product.

Drugsrus initially imported the product under the brand name Epanutin, but due to the difference in price it could command for this product in the United Kingdom, it sought an alternative. Drugsrus applied to vary its PLPI to permit the marketing of the imported product under the INN. The Medicines and Healthcare Products Regulatory Agency (MHRA) – the UK medicines regulatory body – refused the application. In the context of this type of drug, the MHRA’s guidance is that the name for the parallel import product should be the name under which the UK cross-referred product is marketed (ie, Phenytoin Sodium Flynn) or the name of the product in the source country.

Using the name Epanutin was not attractive to Drugsrus because it would mean that pharmacists would be unable to use this product to fulfil prescriptions written for Phenytoin Sodium Flynn, but only for prescriptions for Epanutin or phenytoin sodium. There was also an issue with guaranteeing a continuous supply of the drug by way of parallel imports. This would be less of an issue if the product were named Phenytoin Sodium Flynn, which was available from other sources if the supply from Drugsrus were ever interrupted.

Turning to the questions of trademark law to be addressed, Drugsrus first tried to argue that the use it was making of the FLYNN name was not trademark use. Drugsrus tried to rely on a defence under Section 11(2)(b) of the Trademarks Act 1994, arguing that FLYNN was used as a description of the goods, not an indication of their origin. The court disagreed. It took the view that the mark FLYNN would be perceived by consumers as a mark of origin, as they would interpret it as an indication of the holder of the marketing authorisation, and therefore the origin of the goods. This would be the case even if a disclaimer were printed on the packaging.

The court then considered whether there was a defence to infringement on the basis that, as a result of the relationship between Flynn and Pfizer, Flynn’s rights to prevent the products being placed on the market in the United Kingdom under the FLYNN trademark were exhausted. The court looked at whether parallel imported goods must have been placed on the market in the European Union by the same entity that owns the trademark in the United Kingdom.

After a detailed review of the case law, the court held that the entity must be the same. It stated that it would be incorrect to say that the owner of the right in the importing member state could, directly or indirectly, determine the products to which the trademark may be affixed in the exporting member state and could control their quality. It went on to hold that Flynn Pharma’s trademark rights in the name Phenytoin Sodium Flynn were not exhausted in respect of packages of Epanutin placed on the market in other member states. Flynn Pharma was therefore entitled to prevent the relabelling of the parallel imported product by the defendant.

For the sake of completeness, the court went on to consider the question of whether the use of trademark law to prevent the parallel import of these goods was contrary to EU law. The court reviewed the extensive jurisprudence on this issue, including Bristol-Meyers Squibb v Paranova and Pharmacia v Paranova. The court looked at the requirement that a rights holder may not enforce its mark against parallel imported goods which are rebranded if it can be shown that it is necessary to rebrand in order to gain effective access to the market.

This was the main issue considered by the Court of Appeal in Speciality European Pharma. In that case Justice Floyd held that “the condition of necessity is satisfied if, in a specific case, the prohibition imposed on the importer against replacing the trade mark hinders effective access to the market of the importing member state… it is saying that he must not be hindered from access to a substantial part of the market”.

Following Specialty European Pharma, the court held that Drugsrus had established that it was necessary for it to rebrand Epanutin as Phenytoin Sodium Flynn. The data provided to the court showed that while 90% of prescriptions were written generically, between 7% and 9% were written for Phenytoin Sodium Flynn. Where the branded product is named on the prescription, the pharmacist can supply only the branded product. This meant that Drugsrus was excluded from the 7% to 9% share of the market where the branded product was named in the prescription. The court held that this share of the market could not be considered insignificant. On this basis the court held that it was necessary for Epanutin to be rebranded as Phenytoin Sodium Flynn in order to gain access to the market.

While it is unsurprising that the court held that this would constitute trademark infringement, given the lack of control that Flynn Pharma would have had on products going on the market under its trademark, it is always helpful to have further explanations of the key issues at stake. The decision is of particular significance for the reasoning that being shut out of such a low percentage of the market was considered sufficient to make it necessary for the product to be rebranded. It will be interesting to see how this decision is treated by the Court of Appeal next year. 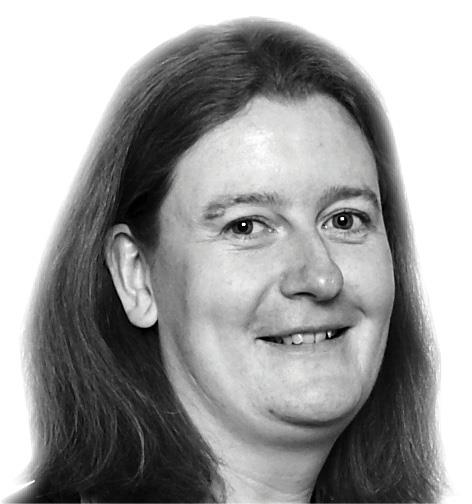 Kirsten Gilbert is an IP lawyer with over 16 years’ experience, specialising in brand protection and trademark dispute resolution, including High Court litigation. She has represented clients at all levels of the UK IP courts and tribunals, as well as in proceedings before the European Court of Justice.