Fluid trademarks can be an attractive means of engaging with consumers, but there are some basic rules that must be followed

The concept of fluid trademarks – also referred to as ‘living trademarks’ – is still relatively new and in many ways uncharted territory. While there do not yet appear to be any textbook definitions, ‘fluid trademarks’ are broadly defined as marks that change over time. Fluid trademarks usually involve the establishment and use of different, sometimes changing, variations of a pre-existing, often well-established trademark. In most cases the variations are used alongside the pre-existing mark, which the rights holder wishes to retain. Fluid variants, which rights holders may use for a particular advertising campaign or to commemorate a specific event, tend to incorporate the distinctive features of the original trademark while including new elements, such as a different font or a new design feature, colour scheme, additional letters or words.

The best-known example of a fluid trademark is probably Google’s ‘doodles’, which the search engine has been using since its launch in 1998. While Google has been careful in updating its Google trademark on its landing page, the tech company is well known for decorating its company logo in different ways to mark important events or historical dates. Some of Google’s doodles even get mentioned in the mainstream media, winning the company extra publicity.

Despite being particularly suited to the internet age, the idea of playing with the appearance of a brand is neither completely novel nor limited to online use. Early viewers of music channel MTV may recall how it used different colours and design patterns as the background to the large M in its logo in the 1980s. More recently, television stations such as Channel 4 and Nickelodeon have used similar concepts, with Channel 4 going as far as to completely deconstruct and rebuild its logo in short animated sequences, usually shown to mark the start and end of an advertising break. Absolut Vodka uses fluid trademarks in connection with the shape of its bottle in changing forms and colours. An example of a fluid slogan trademark is beverage company’s Perrier’s temporary replacement of its company name, and thus the Perrier word mark, with the words ‘sexier’, ‘crazier’, ‘flirtier’ and ‘sassier’ in its signature script.

Changes in the use of an established trademark which are not intended to be a general brand update of a company’s mark are not without risk. Without well-known case law on fluid trademarks and with little scholarly guidance on the subject, there is not yet established practice on how best to protect or use fluid marks correctly. In many ways, the idea of using fluid marks contradicts established trademark principles, which rely on the distinctiveness of a word or logo device with which consumers become familiar over time. Utilising fluid marks, with their shape-shifting and chameleon nature, therefore poses challenges.

So should rights holders register each and every variant trademark? The answer is usually a resounding no. Fluid marks with a foreseeably transient existence (eg, those which are used only to commemorate a specific event) do not usually require registered trademark protection. In case of a short shelf life, trademark registration is neither practical nor economical, unless the planned use of the variant mark is exceptionally extensive or the variant diverges substantially from the underlying mark by adding additional distinctive elements. Where the extra element possesses a distinctive character in its own right, it may make sense to register the fluid element on its own – for example, where the rights holder is particularly keen to prevent competitors from copying its ‘idea’ (ie, the additional distinctive element). Obviously, if use is transient, this registration will eventually become revocable due to non-use and rights holders will have to balance this risk against the benefits of registration. Nonetheless, brand owners that plan to use the fluid variant in the longer term should consider registering it, at least for core classes of goods and services.

Another option worth considering is to register a series of trademarks – either just the fluid variants or the underlying core brand as well. UK trademark law provides that an application can be filed as a series of marks. A ‘series’ is defined as a number of marks “which resemble each other as to their material particulars and differ only as a matter of non-distinctive character which would not affect the identity of the trade mark”. An application can include up to six marks, with the first and second marks included in the application fee and further additions attracting additional fees. However, where the fluid variants diverge considerably from one another, this option is not available. An example of a fluid trademark registered as a series trademark is the FINDUS logo, which is protected as several series marks in differing colours and shades.

Depending on the nature of the changes to the underlying trademark, it may be advisable to consider conducting a clearance search for the proposed variant before using it – for example, where additional words, colours or distinctive patterns are added to the established core brand. Clearing the variant for use seems particularly pertinent after the European Court of Justice (ECJ) held in Specsavers (C-252/12) that use of colour can be significant when it comes to the global assessment of likelihood of confusion or unfair advantage. Where a trademark is registered in black and white, the colour or combination of colours in which it is used can affect how the average consumer of the goods or services at issue will perceive the trademark and will therefore also be relevant in the global assessment of confusion and unfair advantage.

Habitually using a variant while neglecting to use the underlying or house mark risks the latter becoming vulnerable to revocation for non-use. It is crucial that rights holders ensure that the underlying trademark is also genuinely and consistently used in association with the goods or services for which it is registered. Google’s well-balanced and restrained use of its doodles, while predominately using its (recently updated) house mark in its distinct colour scheme, is an example of doing this correctly.

Guidance in this context can be found in cases decided by the ECJ. In Rintisch v Eder (C-553/11), the ECJ held that a rights holder was not precluded from relying on use in a different form from that in which the trademark had been registered (here: PROTI), provided that the differences between the two forms (here: PROTIPLUS and Proti Power, both also registered trademarks) did not alter the distinctive character of the mark. In this particular case the ECJ found that this was also applicable where the different form itself was registered as a trademark.

In Specsavers (C-252/12) the ECJ held that superimposing the SPECSAVERS word mark onto the wordless spectacle-shaped device mark did change its form, but might still constitute as use of both marks, even though the combination of both elements was also registered as a Community trademark.

In Colloseum (C-12/12) the ECJ held, in relation to a position mark, that if a mark is used only as part of a composite mark or in conjunction with another trademark, it must continue to be perceived as an indicating origin for the use to qualify as genuine.

Fluid trademarks comprising original artistic device elements may also enjoy protection under UK copyright law. The Copyright Designs and Patents Act 1988 provides protection for works in which copyright subsists in the United Kingdom. While the requirements of distinctiveness under trademark law and originality under copyright law differ, the protection afforded to artistic works should usually apply to fluid trademarks. The United Kingdom does not have a formal registration process for protecting copyright works. Rights are considered to subsist in a work on creation once it has been rendered in tangible form. Therefore, relying on copyright protection requires some housekeeping by the rights holder – for example, by making an appropriate assertion of its IP rights and keeping detailed records of the creation of the variant trademark.

A fluid logo, pattern or device can also be protected as a UK registered design. Designs may be protected if they are novel (ie, no identical design has been made available to the public) and have individual character so that an informed user would not consider the design in question to create the same overall impression as another design. Compared to registering a trademark, the design registration process is fast and inexpensive. It also allows for the possibility of regularly protecting numerous fluid variations and may thus be a worthwhile alternative to trademark registration.

Fluid trademarks can be an attractive means of engaging with consumers, allowing them to rediscover or reassess the underlying brand itself. They can also update a brand’s image, provided that rights holders follow some basic rules: 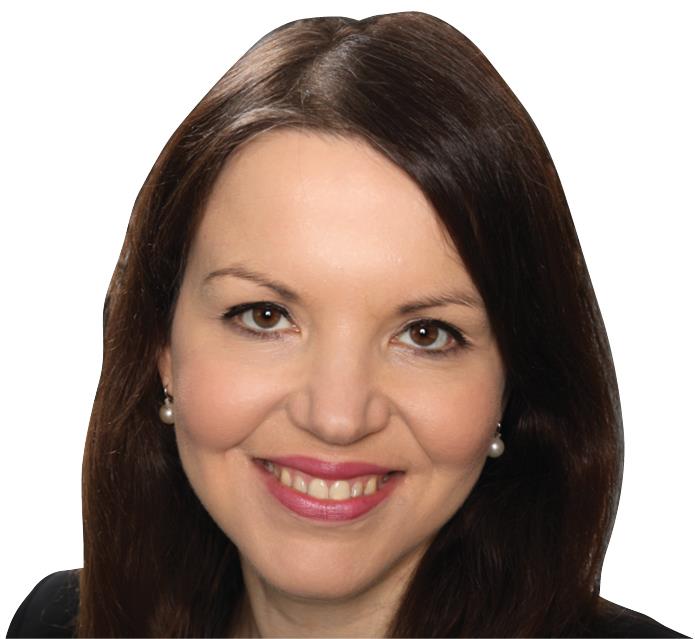 @WTRmagazine RT @WebTMS: Have your say on the state of the #trademark industry - @wtrmagazine's annual global benchmarking survey is now open, looking a… Read more