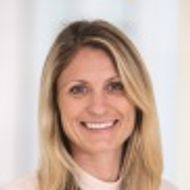 The principle of exhaustion sets a limit on the ability of rights holders, including owners of trademarks, to control the distribution of goods protected by those rights. When goods are placed on the market by, or with the consent of, the IP rights holder, these rights are deemed exhausted. As of 1 January 2021, the United Kingdom is no longer bound by the EU legal framework, and now has the regulatory freedom to choose its own exhaustion of IP rights regime. Following a consultation on the future regime for UK exhaustion earlier this year, rights holders are eagerly awaiting some certainty as to the new preferred regime.

Exhaustion supports parallel trade – essentially a market of secondary sales – allowing goods that are lawfully manufactured and first placed on the market (ie, by the rights holder or with its agreement), to move freely within the territorial borders of the applicable exhaustion regime.

Before leaving the European Union, the United Kingdom was a part of its regional exhaustion regime. Under this, the IP rights in goods legitimately first placed on the market anywhere in the European Economic Area (EEA) would be considered exhausted in the rest of the EEA.  Following Brexit, the United Kingdom has continued to unilaterally participate in the regional exhaustion regime, meaning that the IP rights in goods first marketed anywhere in the EEA are deemed exhausted and the goods may be parallel imported into the United Kingdom.

However, the situation no longer works in reverse, and goods placed on the market in the United Kingdom cannot be exported into the EEA without the consent of the rights holder.

In June 2021, the UK government opened a consultation on the future regime for UK exhaustion. This closed on 31 August 2021 and requested input from a range of stakeholders on the following four proposed exhaustion regimes:

What outcome can rights holders expect?

Whilst the UK government has stated that it has no preference as to which regime would be the most appropriate, it has indicated that a national regime sits uncomfortably with the Northern Ireland Protocol (which allows goods to move freely from the European Union, including the Republic of Ireland, into Northern Ireland) and was included merely for “completeness”. It is also anticipated that the mixed regime, while attractive in principle, would risk being overly complex and difficult for businesses and consumers to understand.

Options one and two are therefore the top contenders, although each also has its own important considerations. The unilateral regime, referred to as a “UK+” regime, would mean no change to the position on parallel imports and, in our view, is likely to be the final outcome of the consultation. This option could be the least costly for businesses reliant on the EEA for the supply of goods and raw materials, although parallel exports from the United Kingdom to the EEA could be prohibited, with a corresponding impact on prices.

The United Kingdom’s main trading partners largely operate under international exhaustion regimes, with some reservations for certain rights. For example, the United States currently operates under an international regime for copyright and patents (with a national regime for trademarks, with certain exceptions). An international regime, while arguably improving consumer choice and benefitting some manufacturers with complex supply chains, raises a number of potential product safety and quality issues if imports are from countries where regulatory standards are lower. There is also a concern that it would devalue IP rights, with a corresponding negative impact on incentives to create, innovate and invest in R&D.

The IP system tries to strike a balance between the exclusive protection afforded to rights holders and the need to allow fair competition, consumer choice and fair market pricing. The exhaustion of IP rights is an important contributor to that. With the United Kingdom’s newfound autonomy, it is right to examine whether the current arrangements continue to serve UK interests in circumstances where there is no longer guaranteed reciprocation from other regimes.

However, a decision to adopt any regime other than the current unilateral regime would require rights holders to change their business models to adapt and manage the impact of such developments. The government is currently analysing the consultation feedback before publishing its formal response, although it is anticipated that this may be delayed, to allow more time to monitor how the current unilateral regime is working in the post-Brexit landscape.