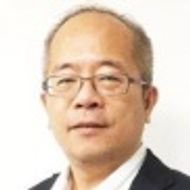 When encountering trademark-related issues in Taiwan, entities may be uncertain as to whether to file a lawsuit or apply for arbitration when they discover that their trademark has been used illegally or improperly. In addition, the pros and cons to these solutions are often unclear. This article lays out the legal system and processes in Taiwan, before discussing several methods to seek remedies for trademark issues.

Taiwan follows the continental law system. Laws must go through the legislative process of Congress and be announced by the president before being implemented. In addition, local governments can also formulate self-governing rules (within the scope of their self-governing or under authorisation of the law).

Generally, the Taiwanese court system is divided into the ordinary courts and the administrative courts. The ordinary courts can be divided into three levels: the district courts, the High Court and the Supreme Court. The ordinary courts deal with civil and criminal matters. The former includes disputes with regard to transactions, torts, agency and mandates, among other things, while the latter refer to behaviours that are substantially governed by the Criminal Code or other statutes with criminal law provisions. Appeals from the ordinary court proceed directly to the High Court, and in some, albeit limited, circumstances the decision of this court can be appealed to the Supreme Court.

In the event that a natural or legal person’s right or interest is infringed by an unlawful or improper administrative order, the person or the representative of the legal person is required to bring a petition against the authority before filing a lawsuit. If the ruling is unsatisfactory, then an administrative lawsuit may be launched.

Taiwan has a specialised IP Court, which was established in 2008. This court has jurisdiction over IP civil, criminal and administrative cases and serves as the first and second instance to civil and criminal cases, and as the first instance to administrative cases. This judicial branch of the IP system is anticipated to bring more consistent and speedy opinions relating to IP rights. However, since the IP Court has no exclusivity in this realm, it is also possible to go through the ordinary court and administrative court systems.

In the case that laws, codes, legal orders or administrative rules violate or are in conflict with the Constitution, or any doubt pertaining to constitutionality, the Council of Grand Justices – comprising 15 members appointed by the Taiwanese president with the prior approval of Congress – is the only organisation that can interpret whether the statutes or regulations violate the Constitution and whether these remain valid.

Arbitration is another dispute resolution option with regard to intellectual property, international trade, technology or any other discipline that requires specific knowledge to solve a dispute. Through an arbitration agreement, each party may appoint arbitrators, the chair of whom will be appointed by arbitrators approved by both parties.

Arbitration is more flexible than litigation, considering that the language, governing law, geographical location and legal jurisdiction can be chosen or negotiated by both parties. According to amendments to the Taiwan Arbitration Law in 2015, foreign arbitral awards are now bound by the parties, have the same force as a final judgment of the ordinary court and are enforceable after an application for recognition has been granted by the court.

With regard to trademark infringement, breach of contract, refusal of trademark registration and registration revocation, among other things, trademark owners may choose to file a civil and/or criminal lawsuit before the ordinary court on finding that a trademark has been infringed, that a trademark licensing agreement has been breached or that other business transaction issues have arisen involving the owned trademark.

Possible pathways for cases in Taiwan include:

Remedies for trademark-related issues in Taiwan are diverse and depend on the IP strategies of the parties involved. While it is important to understand the diversity of the methods in hand, the best and most efficient way to solve the problem, for trademark owners, is to consult a highly professional local lawyer in the field.