A new campaign by the Conservative Party in the UK has sparked debate over possible IP infringement due to its use of terms and items related to the TV show Love Island. One expert tells World Trademark Review that the campaign, which offers free “Love Island water bottles”, could face issues related to trademark infringement and passing off.

The Conservative Party launched its “I’ve got a text!” campaign to capitalise on the build-up to the final episode of ITV’s Love Island show later this evening. The campaign – located at ‘conservatives.com/loveisland’ – is “giving away Love Island water bottles” with “a political twist” (with the Love Island water bottle becoming synonymous with the show due to widespread use by contestants). While not all bottles will necessarily have a political message, the image on the page shows a bottle with the message “don’t let [opposition leader] Corbyn mug you off”. Terms and references used on the page are also closely associated with the Love Island show, including the phrases “I’ve got a text!” and “Don’t be a melt”.

For its part, ITV is selling its own official Love Island water bottle which can be customised (up to 12 characters maximum). Furthermore, ITV Studios has many registered trademarks related to Love Island. There is a LOVE ISLAND mark in the UK in various classes, including class 21 for “water bottles”, as well as trademarks in the EU and United States for the name of the show. In fact, ITV Studios’ trademark team seems to be acutely aware of the benefit of registered protection for the rights emanating from such a popular show. In the last few weeks, it has filed a number of trademark applications in the UK for phrases used on the current series, including: #DEEP, #SORT, DR LOVE, IN FOR A PENNY, KEEPING MY OPTIONS OPEN, LAY IT ON THICK, THE DOCTOR WILL SEE YOU NOW, and THE DO BITS SOCIETY.

Love Island is one of the most popular digital TV shows in the UK, especially among a younger audience who often no longer watch live television. That has seen the show often used in a political context in the last few months, including various Labour MPs speaking out about their “passion” for the show. Those who have appeared on Love Island have themselves been drawn into political discussions – one example being former contestant Hayley Hughes being interviewed about Brexit alongside former UKIP leader Nigel Farage. However, this latest campaign from the Conservative Party is a more blatant bid to capitalise on the show’s popularity, with anyone signing up for a free water bottle (the lucky recipients being picked “at random”) automatically added to the email database for “Conservative Party Headquarters, our candidates and elected representatives”.

As a rights holder, a question that will likely be asked at ITV Studios is whether this latest campaign from the Conservative Party is crossing any infringing lines. Talking to World Trademark Review, Mark Hiddleston, director – trademark attorney at Hiddleston law firm, said there could be two issues with the campaign. “In principle, [there] could be trademark infringement issues depending upon what ITV has registered and for what goods. One potential glitch is that, to infringe, you have to use in the course of trade and it may an open question as to whether that applies here. However, if the Conservatives are opening any form of revenue from donations they could be,” he explained. “Secondly, there could be passing off since the public may believe that the ITV is endorsing or licensing the use.”

When it comes to the water bottles, it is unclear if that is the case. The original campaign page (screenshot) explicitly referenced its "#FreeMerch" as being "Love Island water bottles", and the bottle itself looked strikingly similar to those used on the show. However, the campaign website has since been updated to remove references to Love Island (now referring to "water bottles for the big finale tonight", with the link changing to 'conservatives.com/waterbottlecompetition'). Furthermore, comparison photos between the official Love Island water bottle and the Conservative Party bottle highlights subtle design differences – leading to some comments on social media accusing the party of giving away "bootleg", “knock-off" or "pirate" Love Island water bottles.

We reached out to ITV Studios to ask whether they see any issues with the Love Island giveaway, and a spokesperson simply told World Trademark Review that "official Love Island water bottles are only available via the Love Island app and shop". We also asked the Conservative Party for insight into its campaign (we will update this article if they respond).

For now, the reaction amongst fans of the show is decidedly mixed– with some calling the giveaway “brilliant”, others describing it as “embarrassing”. It may well be that, after tonight’s concluding episode, the campaign is quickly dropped and ITV may not see an issue with it. However, as we’ve written about before, it serves as another reminder of how brands can sometimes unwittingly be drawn into the political arena. 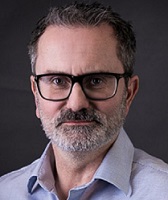