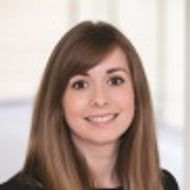 The application was assigned to Yellow Bulldog and on 26 June 2018 the company applied for a second, identical trademark, covering additional services in the same class (collectively referred to as GEEKSTORE).

AP and Co Ltd opposed both of Yellow Bulldog’s applications on the following basis:

On 10 August 2018 AP filed an application to register GEEKCORE, which Yellow Bulldog opposed.

The three oppositions were later consolidated. On 4 June 2020 a UKIPO hearing officer found in favour of AP on the basis of its passing-off claim and therefore upheld AP’s oppositions and rejected Yellow Bulldog’s opposition.

Yellow Bulldog appealed the UKIPO decision to the UK High Court. AP defended the appeal on the basis of its successful passing-off claim alone. The bad-faith claim was dropped.

A passing-off claim is based on the principle that no one has the right to represent their goods or services as those of somebody else. AP was required to demonstrate the following:

Evidence submitted by AP showed that it had been trading under the GEEKCORE brand name since as early as 12 November 2014 and had built up more than trivial goodwill among a section of the public. Among other evidence, a Google Analytics report showed website traffic to ‘www.geekcore.co.uk’ in excess of 1 million users and that 30% of visitors to the site were returning visitors.

Having considered the evidence, the hearing officer found that AP had goodwill in an online retail business connected with items in Class 35 and GEEKCORE was the sign associated with, or distinctive of, that business.

The hearing officer concluded that there was both a similarity between the GEEKSTORE device mark and the GEEKCORE word mark and an overlap between the respective services. Therefore, a substantial number of AP’s customers, or potential customers, were likely to believe that the services provided under Yellow Bulldog’s marks were AP’s responsibility. Consequently, a misrepresentation would arise and damage in the form of loss of sales would be likely, with customers using Yellow Bulldog’s services instead.

The hearing officer therefore refused both of Yellow Bulldog’s applications for registration and held that AP’s application could proceed.

Yellow Bulldog appealed the decision on the basis that the hearing officer’s findings – in particular, that AP had established goodwill and that the respective marks and goods and services were similar, such that the average consumer would be deceived by the use of Yellow Bulldog’s GEEKSTORE mark – were wrong.

The decision serves as a reminder that appellate courts will not interfere with findings of fact by the lower court (or UKIPO in this case), unless compelled to do so. While the judge commented that he might have reached the same or a slightly different conclusion on the issue of representation, he found no identifiable flaw in the hearing officer’s findings and stated that there was no other basis that could disturb her evaluation in relation to AP’s goodwill, misrepresentation and damage.