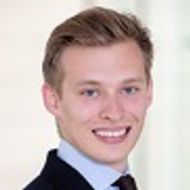 Jaguar Land Rover Ltd applied to register the shapes of its iconic Land Rover Defender 90 and 110 vehicles as UK trademarks in Classes 9, 12, 14, 28, and 37, including for vehicles, parts, accessories, toys, jewellery and watches. 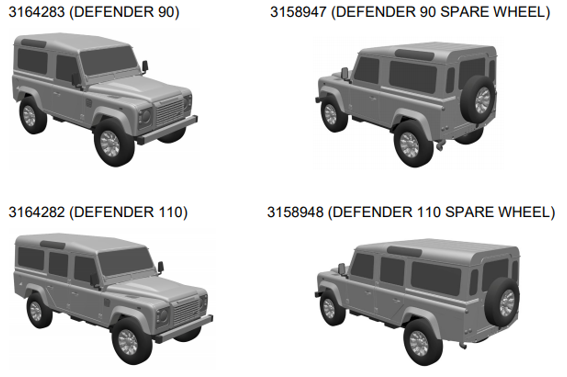 The applications overcame non-distinctiveness and descriptiveness objections at the examination stage but were subsequently opposed by Ineos Industries Holdings Limited. Ineos Automotive Limited, an offshoot of petrochemical giant Ineos, is scheduled to release its own four-by-four vehicle, the Grenadier, in 2022. Reports have described the Grenadier as being inspired by historic utilitarian four-by-fours such as the Defender.

Ineos opposed Jaguar Land Rover’s applications to protect the shape of the Defender models on multiple grounds, including the fact that the marks:

The hearing officer refused the applications for a significant majority of the goods and services for which registration was sought, including motor vehicles, toys, jewellery and vehicle parts and accessories, but not for a miscellaneous range of goods in Classes 9, 14 and 28 (including webcams, televisions, statues of precious metals and balloons). The hearing officer found that the marks lacked inherent distinctiveness for goods and services related to (land-based) motor vehicles and that the marks had not acquired distinctiveness for any of the goods or services. He also held that the applications had been made in bad faith for non-four-by-four vehicles.

Jaguar Land Rover appealed to the UK High Court on the basis that the hearing officer had incorrectly applied the legal tests for determining whether the marks were distinctive.

Both parties had submitted expert evidence on the features of the shapes, their technical functions and how they differed from the norms of the sector (passenger vehicles generally, not four-by-fours specifically).

The hearing officer found that elements of the designs that appeared important to Jaguar Land Rover’s expert may appear unimportant to average consumers, and while some elements of the Defender designs were unusual, the designs as a whole did not significantly depart from the shapes used in the passenger car market. Therefore, the marks were not distinctive.

Jaguar Land Rover argued that the hearing officer’s approach was flawed in:

The court dismissed the ground of appeal, finding that the hearing officer had given detailed consideration to the evidence submitted by Jaguar Land Rover, and that as an expert himself on what consumers perceive (by virtue of his positon in a specialist tribunal) he was entitled to find as he did.

To demonstrate that the marks had acquired distinctiveness, Jaguar Land Rover had to show that a significant proportion of relevant average consumers would perceive the marks alone as indicating that the goods originated from Jaguar Land Rover – in other words, that they acted as a badge of origin. A number of factors are taken into account when considering acquired distinctiveness, including the scope of the mark’s use, market share and marketing spend.

Jaguar Land Rover submitted survey evidence of the public’s perception of the marks, together with expert evidence on how these surveys should be interpreted. Despite Ineos failing to challenge the conclusions of Jaguar Land Rover’s expert, the hearing officer found that the marks had not acquired distinctiveness.

The court rejected both arguments, noting that the hearing officer was under no obligation to consider the survey evidence in the first place. The court emphasised that it is the role of the hearing officer to reach their own conclusions on all evidence before them and that they cannot be criticised for not automatically accepting an expert’s opinion.

Therefore, the court dismissed Jaguar Land Rover’s appeal and upheld the hearing officer’s decision to refuse the applications for the majority of goods and services.

The judgment highlights (once again) the difficulties that brand owners can face when seeking to register shape marks as trademarks.  Even though the Land Rover Defender has been described as an iconic design and is extremely well known among the UK public, the designs were still not considered to be legally distinctive enough to qualify for UK trademark protection (other than for very limited goods).  This is clearly a blow for Jaguar Land Rover in protecting its Defender designs ahead of Ineos’ planned launch of its own four-by-four, which is said to have been strongly influenced by the Defender design.

The judgment is also a reminder on the treatment of survey evidence when assessing the distinctiveness of a mark – while surveys may assist in the UKIPO’s assessment, the hearing officer is not obliged to take them into account, and therefore an applicant should consider carefully the benefit (or otherwise) of carrying out a survey to support a claim to acquired distinctiveness, before incurring the time and cost of preparing one.