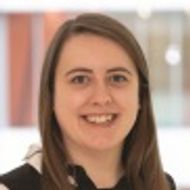 The UK High Court has issued its decision in the long-running Merck v Merck trademark saga. To greatly simplify the background to this complicated case, the use of the trademark MERCK in the pharmaceutical field can be traced back to a German business operating under the name E Merck in the 17th century, which grew into Merck KGgA (Merck Global). In the late 19th to early 20th century a linked entity incorporated as Merck & Co Inc was established and operated in the United States (Merck US). After the First World War, the two businesses separated. A formal coexistence agreement was put in place in 1955, updated in 1970 and supplemented in 1975, essentially agreeing that each party was free to use MERCK in its own territories (broadly the United States and Canada for Merck US, and Germany and the remainder of the world for Merck Global) but must use its full company name in the other’s territories.

With the Internet came the blurring of the agreed boundaries between the parties. This led to breach of contract and trademark infringement claims being brought by Merck Global against Merck US in the United Kingdom, resulting from the latter’s use of MERCK on websites, social media and email addresses.

While the ultimate outcome remains unchanged following the latest High Court decision, three of the remitted matters determined by the judge, Sir Alastair Norris, are of particular interest.

To what extent should Merck Global's registered marks be partially revoked?

Merck Global’s specifications were cut down in the original High Court decision. However, the term ‘pharmaceutical substances and preparations’ survived the first cut and remained particularly contentious. Upon reassessment of the term, Norris focused on the concept of ‘fairness’ and echoed the established approach of not restricting a broad term to only the particular goods for which use has been proven, but to realistic categories or sub-categories of these goods. For pharmaceutical products, consideration must be given to the intended therapeutic use. It is particularly interesting that following references by both sides to the British National Formulary (BNF), Norris decided to use this industry publication as a framework. Ultimately, Merck Global was considered to have proven use in nine of the 15 BNF categories and the specifications were limited accordingly.

Did Merck US’s activities constitute use in the course of trade in the United Kingdom?

In short, yes. Norris emphasised that ‘use’ for these purposes does not require the mark to be affixed to the goods or services or for these to be made available or sold in the United Kingdom.  Rather, there can be use where the mark at issue is used in such a way to establish a link in the mind of the average consumer between the mark and the goods and services at issue (ie, the mark is being used as an indication of origin for the relevant goods and services, not just as a business name). Norris then considered and commented in detail on more than 30 examples of Merck US’s use, including website pages, social media screenshots, downloadable publications, press releases, conference slides and e-mails and found that many of these constituted use and ultimately infringement.

Were the uses de minimis?

No. The consideration was not how small the proportion of allegedly infringing material presented was in relation to the volume of material produced by Merck US overall, but whether the material itself was infringing based on a variety of factors including its content and significance and whether it was targeted at the United Kingdom. On balance, the examples of infringing activities and uses considered were not negligible or insignificant. Norris went so far as to say that they were “the exemplification of a policy to bring before the market in the UK the sign ‘Merck’ in relation to the products of Merck US at every opportunity (with the consequence that the impact of Merck Global's exclusive use of the ‘Merck’ mark in the UK was diluted)”.

With continually advancing technology comes ever-increasing opportunities for would-be infringers to try to take advantage of other’s IP rights while staying ahead of legal developments. This case, while not breaking new ground, confirms that trademark infringement in the United Kingdom is no longer restricted to applying another’s mark to a physical product or packaging. Use of a mark online can also constitute use in the course of trade for the purposes of trademark infringement, even where the infringing party has never sold or supplied goods or services in the country under the mark.

As with the recent UK High Court decision in Sky Plc v Skykick UK Ltd ([2020] EWHC 990 (Ch)), this is another interesting example of the judiciary devising alternative trademark specification wording themselves. Going forward, it would be wise for mark owners in a similar position to provide the court with their own fallback specification in advance, to steer the court to their own preferred wording and avoid amended terms with which they are unhappy.

More generally, this case highlights the difficulties in drafting clearly defined co-existence agreements that will stand the tests of time, expansion and new technologies. It is a reminder for businesses to periodically check in on longstanding agreements, raise issues with the other party as soon as they are identified to try and resolve problems before the lines become blurred and employ territory-restricting techniques such as online geo-blocking where necessary when expanding use of a brand to avoid breaching earlier agreements.