UDRP first element: one letter difference, but not confusingly similar 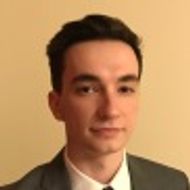 Registering domain names with a difference of one letter to a famous brand often exemplifies ‘typosquatting’. Here, the registrant takes advantage of mistakes by Internet users (ie, ‘typos’) by redirecting them to a different website from the one intended.

One of the most infamous instances of typosquatting was ‘goggle.com’, which targeted Google. When the user mistyped and landed on the wrong website, they would be inundated with pop-ups and viruses. This website gained notoriety while it was active during the 2000s, highlighting the grave consequence of a simple typo.

The UDRP offers a route for brand owners to recover domain names that are confusingly similar to their brand, including those that are victims of typosquatting. The similarity test is the first hurdle that a brand owner faces under the UDRP.

Understandably, a difference of one letter between a trademark and a domain name is regularly considered to be within the remit of ‘confusingly similar’.

Surprisingly, however, there have been exceptions to this general principle.

Two cases of interest involved the trademarks CHURCHILL (NAF Case No 1270466) and MORNINGSAVE (NAF Case No 1849931). The domain names subject to the disputes comprised the terms ‘churchhill’ and ‘MorningSafe’, respectively.

In the latter case, the panel stated that MORNINGSAVE and ‘MorningSafe’ are “only indistinguishable to someone with no facility in English spoken language”. Meanwhile, in the Churchill case, a dissenting panellist deemed that “the objective bystander who is prepared to read the domain name [churchhill.com] … will see it consists of two separate words [‘church’ and ‘hill’]”.

Both panellists distinguished these cases from others in which changing one letter created a nonsensical word. Instead, because the change produced a new meaning separate from the trademark, there was insufficient similarity between the trademark and domain name.

If we look at the notion of ‘confusingly similar’ on its own, the threshold set by the MorningSave panel and Churchill dissenting panellist seems to be too high. The domain names had phonetic, conceptual and visual similarity with the trademarks. Small differences can be difficult to spot for internet users taking only a cursory glance at the domain names (ie, in the context of receiving an email).

Pertinently, in both cases, the facts showed that there was no deceptive or bad-faith use of either domain name. The overall facts of the case can have a bearing on a UDRP panel’s judgment, even in the first element.

By contrast, many panels interpret the first element as a straightforward comparison between the trademark and domain name.

The panel distinguished a previous case involving a comparison between AMEGY and ‘amegey’, which were held to be confusingly similar.

The distinguishing factor was that the additional ‘e’ in the latter case did not significantly alter the phonetics of the AMEGY mark, while the swapping of ‘e’ for ‘o’ in the former case did. The panel also reasoned that Google searches of the two terms ‘amegy’ and ‘amogy’ provided “very different results”.

Owners of acronymic brands should also be cautious. In GK Hair (NAF Case No 1796010), the additional letter in ‘igkhair.com’ differentiated it from the GK HAIR trademark. In particular, the panel noted the “entirely different meanings” between the trademark and domain name. The complainant’s acronym, ‘GK’, stood for ‘Global Keratin’, while the respondent’s acronym, ‘IGK’, signified the initials of its founders.

However, the La-Z-Boy case is distinguished by the domain name and trademark sharing the same connotations and meaning. If the one-letter change alters the meaning, no matter how small, it may be deemed insufficiently similar to the trademark.

A difference in panellists’ opinions can be noted in the Churchill case, where the panel was split on the first element. Another case where the panel was divided was Mapfre (WIPO Case No D2014-0020), where the majority found no confusing similarity between MAPFRE and ‘mapfree.com’. The dissenting panellist in this instance disagreed with the majority’s finding that the term ‘map free’ was generic.

Interestingly, the fact that MAPFRE is a distinctive trademark effectively went against the owner. The majority concluded: “it will be highly unlikely that Internet users will confuse this distinctive mark with a generic descriptive term “map” “free” which they will assume refers to or relates in some ways to free maps.”

The consensus view is that there is a relatively low threshold test when comparing a domain name and trademark. Most cases will find confusing similarity, where the difference is only one letter.

However, there are occasions where context must be considered. Small changes can make a big difference to the meaning of the term constituting the domain name, particularly if that new meaning is generic and unrelated to the mark. In these cases, even if the complainant passes the confusing similarity test, it may come undone when attempting to prove targeting.