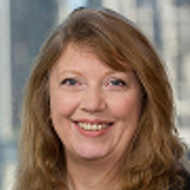 No one has ever lived in the ‘Republic of London’ and no one has ever made clothing there. These facts led the TTAB to issue a precedential decision reversing the USPTO’s refusal of the word mark REPUBLIC OF LONDON in In Re Jonathan Sibony (2021 WL 4812119, serial number 86293054, TTAB 14 October 2021. [precedential] opinion by administrative trademark judge Hudis). The board found that the mark was not “primarily geographically deceptively misdescriptive” of the identified items of clothing under Section 2(e)(3) of the Trademark Act. It therefore reversed the examining attorney’s refusal to register the mark on grounds that the clothing did not originate from London. In Re Jonathan Sibony is the board’s first precedential decision on a Section 2(e)(3) refusal since 2016.

The TTAB found whimsy and incongruity in the meaning of the mark as a whole, because, of course, a ‘Republic of London’ is a fictitious place. It applied the four-element test of In re Miracle Tuesday, LLC (695 F 3d 1339, 104 USPQ2d 1330, 1332 (Federal Circuit 2012)) to review the examining attorney’s determination that the mark was “primarily geographically deceptively misdescriptive”. Under the Miracle Tuesday standard, the examining attorney must demonstrate that:

The examining attorney had provided evidence that the city of London is a geographic place known for fashion and apparel manufacture. However, the board emphasised that neither ‘London’ nor the ‘City of London’ was the mark at issue. Rather, it found:

REPUBLIC OF LONDON is a phrase referencing a fictitious place that does not exist, and the addition of “REPUBLIC OF” to “LONDON” shifts the primary significance of the mark away from LONDON proper. Applicant’s mark thus falls outside of the restrictions of Trademark Act Section 2(e)(3). (In re Jonathan Sibony, 2021 WL 4812119, at *7.)

The TTAB found the REPUBLIC OF LONDON mark, as a whole, failed to meet the first prong of the Miracle Tuesday standard, namely, that the primary significance of the mark as a whole must be a generally known geographic place. Instead, the facts placed the case within the ambit of the prior decision In re Sharky’s Drygoods Co (23 USPQ2d 1061, 1062-63 (TTAB 1992)). In that case, the board determined that the mark PARIS BEACH CLUB, which applied to Tshirts and sweatshirts, was not deceptive under Section 2(a) of the Trademark Act, on the grounds that Paris is not located on an ocean or lake, and does not have a beach.

[T]he juxtaposition of ‘Paris’ with ‘Beach Club’ results in an incongruous phrase which purchasers would view as a humorous mark, a take-off on the fact that Paris is known for haute couture. Thus, purchasers would not necessarily expect T-shirts and sweatshirts so marked to originate in the city of Paris. (In Re Jonathan Sibony, 2021 WL 4812119, at *2.)

The board also held the REPUBLIC OF LONDON factual scenario to be analogous to that of In re Morinaga Nyugyo K. (120 USPQ2d 1738, 1748 (TTAB 2016)), where the mark MT. RAINIER THE MOUNTAIN OF SEATTLE ESPRESSO & MILK and design were found to be not primarily geographically deceptively misdescriptive of espresso beverages and espresso flavoured sandwiches. The TTAB did note that the examiner in the Morinaga Nyugyo case had employed a “narrow focus” on the word SEATTLE alone, instead of the mark as a whole, similar to the strong focus the REPUBLIC OF LONDON examiner had placed on the word LONDON.

In Re Jonathan Sibony will provide helpful guidance to US trademark applicants seeking to overcome Section 2(e)(3) refusals, because this precedential decision analyses a number of pertinent recent cases on marks referencing fictional geographic locations.