Trademarks are a growth market as brand owners – like other rights holders – take a more strategic view of their trademark portfolios. With this heightened focus, global filing rates have experienced a sustained period of growth over the last decade.

The World Intellectual Property Organisation’s (WIPO) 2014 World Intellectual Property Indicators report revealed that since 1995, the total number of trademark applications filed each year has more than doubled to over 7 million. As of 2014, there were an estimated 26.3 million active trademarks, with all indications suggesting that this trend will continue for the foreseeable future.

A review of WIPO’s statistics provides a useful perspective on how rights holders are approaching their trademark portfolio development efforts. 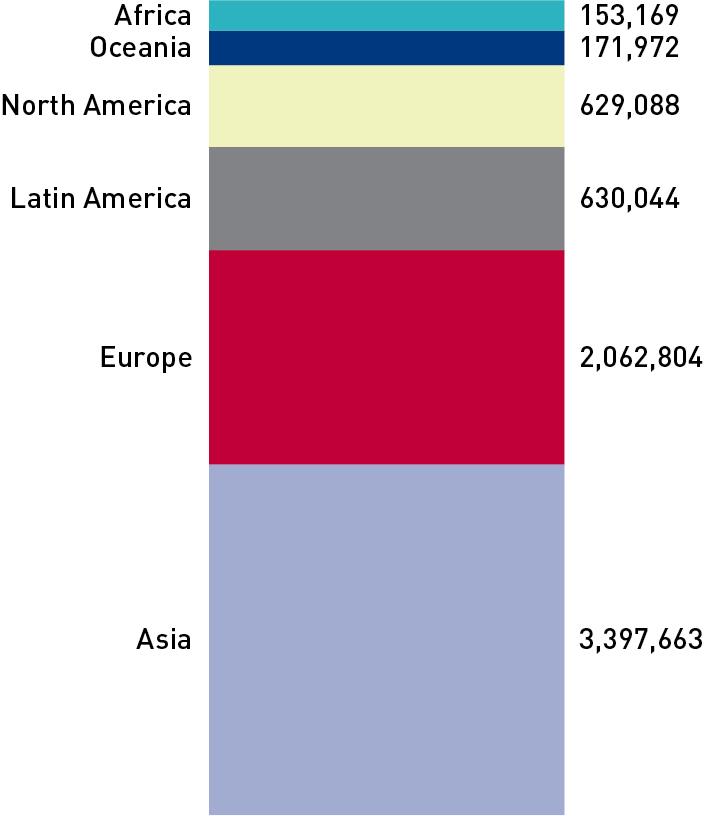 No single factor has had a larger impact on global trademark growth than the development of the Asian market. The region accounts for almost half (48.2%) of all global filings (see Figure 1). Unsurprisingly, China’s rapid ascent in all aspects of intellectual property has included its contribution to more than half of the total increase in global trademark filing activity since 2010 alone. As the Chinese IP system has matured, domestic applications have grown significantly, now standing at almost four times those of the United States. China also represents an important market for foreign applicants. While non-residents make up a relatively small percentage of China’s overall filing activity, the country is still the world’s largest single market in terms of the number of foreign filings (146,640 versus 144,186 non-resident applications in the United States).

Japan, India and South Korea are also significant filing destinations and are now among the top 10 most active offices, surpassing Germany, Canada, Australia and the United Kingdom.

While Asia grabs much of the headlines, in terms of global filing activities abroad Western countries still dominate non-resident filings into foreign jurisdictions. In large part, this is driven by the extensive use of the Office for Harmonisation in the Internal Market (OHIM) filing system, whereby applicants enjoy easy filing into the 28 member countries. Using OHIM, in 2013 German domiciled entities accounted for the largest volume of total foreign filing activity, with 2,195,215 equivalent trademark applications. Other notable Western filers included the United States (1,482,228), the United Kingdom (1,165,358), France (1,090,016) and Spain (765,822). By comparison, China filed 1,957,022 foreign applications using this method.

From a filing strategy perspective, it is interesting to note where Western countries are filing (see Figure 2). The top target countries are often strong cross-border trading partners. For example, the United States’ top five filing markets are China (7%), Europe (through OHIM) (7%), Canada (8%), Mexico (3%) and Japan (3%). The remaining US foreign filings are spread between over 90 other jurisdictions.

Trademarks are recognised as an important incentive and requirement for attracting business investment. Trademark application filings as a function of gross domestic product (GDP) provide a perspective on how a country is perceived by brand owners. Using this method, the WIPO data shows that certain countries outperform their trademark application volumes when their relative GDP is considered. For example, in resident filings per $100 billion of GDP, New Zealand (9,952), South Korea (9,622), Switzerland (8,341), Australia (6,995) and Finland (6,902) ranked in the top 10, and among the much larger filing offices such as China (11,081), Germany (7,058), Spain (6,022) and the United Kingdom (5,477).

Similarly, the growth trend over the last 10 years shows those countries that have experienced strong positive gains in attracting resident filings (Figure 3) – a positive indicator that brand owners view these markets as providing a favourable environment for trademark protection.

Figure 3: Filing rate growth as a function of GDP

Based on the strength of these countries, and particularly China, the percentage of global filing activity for the lower-income categories has increased from 40% in 2004 to 54% in 2013. This shift is expected to continue as the application volumes for high-income countries grew by an average of just 2.4%, while emerging market countries have averaged between 5% and 9% annual growth.

Attracting non-resident foreign applicants is also an important indicator of a country’s overall business attractiveness. A number of low-income countries attract a high percentage of foreign applicants. These include countries from Eastern Europe (Moldova), Central America and the Caribbean (Nicaragua, Honduras and Jamaica), Africa (Gambia and members of the African Regional Intellectual Property Organisation), the Middle East (Jordan) and Asia (Kazakhstan, Papua New Guinea and Cambodia).

Based on a number of positive factors, growth in global trademarks is expected to continue, particularly with a shift towards Asia and emerging markets. 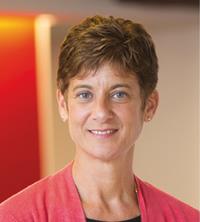