European Union: What future after the EU reforms?

As a result of the EU trademark reforms, the number and importance of non-traditional trademarks could increase in the future

However, as a result of the recent EU trademark reforms, which came into force on March 23 2016 (with regard to the amending regulation), the number and importance of non-traditional or non-conventional trademarks could potentially increase in the future.

Before the reforms, Article 4 of the EU Trademark Regulation (formerly the Community Trademark Regulation) required trademarks to be capable of graphical representation in order to be the subject of a valid application or registration. A similar provision was set out under Article 3 of the previous EU Trademark Directive to approximate the national trademark systems and laws of individual EU member states. The rationale behind the graphical representation requirement was to allow for easy consultation of the trademark registers by interested parties.

One of the most discussed changes introduced by the reforms was the removal of the graphical representation requirement from Article 4 of the regulation. Article 3 of the new directive has also been drafted accordingly.

Article 4 of the amending regulation provides that an EU trademark may consist of any signs, in particular words, including personal names, or designs, letters, numerals, colours, the shape of goods or of the packaging of goods, or sounds, provided that such signs are capable of:

Notably, non-traditional trademarks such as sounds and colours have now been added to the examples of signs listed under Article 4 of the amending regulation, as well as under the corresponding Article 3 of the new directive.

Recital 9 of the amending regulation states that, to allow for more flexibility while also ensuring greater legal certainty with regard to the means of representation of trademarks, it should be permissible to represent a sign in any appropriate form using generally available technology, and thus not necessarily by graphic means, as long as the representation is clear, precise, self-contained, easily accessible, intelligible, durable and objective. These requirements, also contained under Recital 13 of the new directive, are in line with the criteria set out by the European Court of Justice (ECJ) in Ralf Sieckmann v German Patent and Trademark Office ([2002] C-273/00).

Representatives from the European Commission have argued that this new definition of representation is meant to be flexible (so as to allow registration of other types of mark) and futureproof (to allow for new types of filing which may be possible in the future due to technological advancements).

Another highly discussed change introduced by the reforms was the addition of the wording “or another characteristic” to the permanent exclusions contained respectively under Article 7(1)(e) of the regulation and Article 4(1)(e) of the directive, which originally related only to shapes.

The revised Article 7(1)(e) now extends the permanent exclusions (which cannot be overcome by way of acquired distinctiveness) from shapes to other types of sign. This step counterbalances the removal of the graphical representation requirement from the regulation and directive.

Given that, in addition to shape, characteristics of a sign may include colour, sound, smell and taste, this amendment may have a negative impact on the registrability of non-traditional marks – particularly functional signs such as colours or sounds, which could outweigh the positive effect of the removal of the graphical representation requirement.

As a consequence of the removal of the graphical representation requirement, brand owners will be able to file representations of their non-traditional trademarks as audio or video files, and perhaps by other means. However, in order to allow the EU Intellectual Property Office (EUIPO) and the national offices of individual EU member states sufficient time to update their digital infrastructures as required, Article 4 of the amending regulation will apply only as of October 1 2017, whereas the changes under Article 3 of the new directive are to be implemented by EU member states by January 14 2019.

Meanwhile, the authorities will continue to rely on the provisions under the old regulation and directive relating to the graphical representation requirement, as well as the related EU jurisprudence.

In particular, with regard to olfactory marks, in Sieckmann the ECJ held that the graphical representation requirement was not satisfied where an odour was reproduced by a chemical formula, a description in written words, the deposit of an odour sample or a combination of these elements. In Eden/OHIM ([2005] T-305/04) the court also held that the combination of the image of a strawberry and the description “smell of ripe strawberries” did not constitute a valid graphical representation of the olfactory sign consisting of the smell of ripe strawberries. Given that, based on the currently available technology, samples of smells or olfactory signs are not easily accessible and durable, as required under Sieckmann and expressly stated under Recital 9 of the amending regulation and Recital 13 of the new directive, the removal of the graphical representation requirement is unlikely to allow brand owners to register their olfactory marks in the European Union, at least in the near future.

Another type of non-traditional mark that should benefit from the removal of the graphical representation requirement is movement marks. Currently, applications for these tend to consist of a number of still images showing the movement in question, in combination with a detailed description of the nature of the motion. The EUIPO Board of Appeal has held that movement trademarks can be registered, provided that a reasonably observant person with normal levels of perception and intelligence would, on consulting the EU trademark register, be able to understand precisely what the mark consists of, without expending a huge amount of intellectual energy and imagination (R 443/2010-2 [2010]). However, as a consequence of the implementation of the reforms, brand owners should be able to submit video files in support of their applications for movement marks. This may result in an increased number of applications for this type of non-traditional mark in the future.

As a consequence of the reforms, brand owners may also be able to submit video files containing three-dimensional (3D) depictions of their non-traditional marks, such as the shape of a product or the layout of a retail store. In this regard, in Apple Inc v Deutsches Patent- und Markenamt ([2014], C-421/13) the ECJ held that the graphical representation requirement in respect of the layout of a retail store could be satisfied by the design alone, combining lines, curves and shapes, without any indication of the size or the proportions. The implementation of the reforms could therefore result in an increased number of applications for this type of mark.

On the other hand, the removal of the graphical representation requirement may have no significant impact with respect to other types of non-traditional mark, such as colour marks. With regard to single colours, in Libertel Groep BV v Benelux-Merkenbureau ([2003], C-104/01) the ECJ held that a mere sample of colour (orange in this case) did not satisfy the Sieckmann requirements since it could deteriorate with time. It also held that a description in words will not necessarily satisfy the conditions; whereas a sample of a colour, combined with a description in words of that colour, may constitute an adequate graphical representation, as may the designation of a colour using an internationally recognised identification code (eg, Pantone), since such codes are deemed to be precise and stable. In Heildelberger Bauchemie ([2004], C-49/02) the ECJ also held that colours or combinations of colours, claimed in the abstract, without contours and in shades which are named in words by reference to a colour sample and specified according to an internationally recognised colour classification system may constitute a trademark where:

The removal of the graphical representation requirement introduced by the trademark reforms can be considered a positive change for brand owners, as it should potentially allow for the registration of non-traditional trademarks which could not previously be registered.

However, the application of the Sieckmann requirements, expressly mentioned in the amending regulation and new directive, may still prove a difficult hurdle for obtaining the registration of some types of non-traditional mark, such as olfactory marks.

Moreover, the changes made under respectively Article 7(1)(e) of the amending regulation and Article 4(1)(e) of the new directive could potentially result in additional hurdles to the registrability of at least some types of non-traditional mark in the European Union. 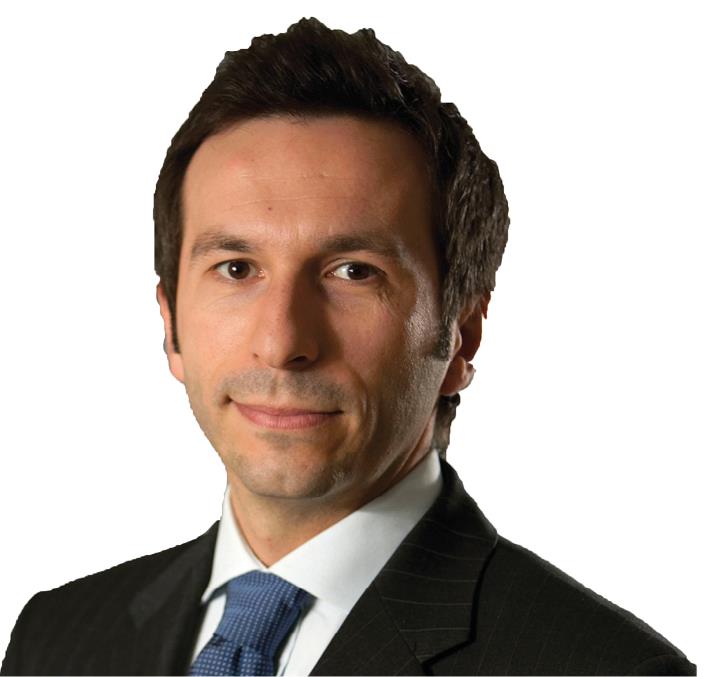