A blow for designers or welcome clarification? Industry split on Trunki decision

In a case that centred on the issue of whether surface decoration should be considered when deciding whether design infringement has occurred, the UK Supreme Court has delivered a verdict that one commentator suggests “plunges design law into an abyss”. However, not all commentators viewed the decision negatively.

Magmatic was granted a registered Community design for its Trunki ride-on suitcase in 2003. Magmatic subsequently claimed that the animal-themed design of Kiddee Case luggage, from PMS International Group, infringed its design. In the UK High Court Justice Arnold held that Kiddee Case (which featured ornamentation that made the cases resemble tigers and ladybirds) did not produce a different overall impression from the registered Community design and was therefore infringing.

PMS appealed and, considering the ornamentation present on the Kiddee Case, the Court of Appeals found that Arnold had erred, failing to appreciate that the registered Community design was uncluttered by imagery which would otherwise interfere with the impression created by the shape. It was also claimed that he had failed to take into account that each of the representations showed a distinct colour contrast between the dark wheels and strap and the lighter body of the suitcase. The appeal court then reassessed the similarity of the two designs, overturning Magmatic’s first-instance victory and holding that the Kiddee Case did not infringe. It stated that the decoration of the Kiddee Case “significantly affected how its shape strikes the eye”, and did not look like a ‘horned animal’ (which was the impression created by the Trunki design). Further, the colour contrast between the wheels and body was also not present on the Kiddee Case.

Magmatic appealed and the Supreme Court unanimously dismissed that appeal. It stated that the appeal court was right to hold that the judge materially misdirected himself and consider the question of infringement for itself, concluding: “As they approached the question of infringement on the correct basis in law, this court should be very slow indeed to interfere with their conclusion that the Kiddee Case did not infringe the [registered Community design]. The court has sympathy for Magmatic… as the idea of the Trunki case was a clever one, but design right is intended to protect designs not ideas.”

In a release issued by ACID (Anti Copying In Design), chief executive Dids Macdonald stated: “This is a travesty and plunges design law into an abyss and will foster widespread confusion for UK designers.”

However, Professor David Musker, chair of the Chartered Institute of Patent Attorneys’ Designs Committee, argued that the ruling was consistent with the current understanding of design law and highlighted the important distinction between patents and registered designs: “Patents protect inventions, so are infringed by anyone who uses the same invention, whereas registered designs only protect what a product looks like. If a rival product is sufficiently visually different then the rights are not infringed. This case provides a very useful real-life example to designers of how far registered design rights extend.” 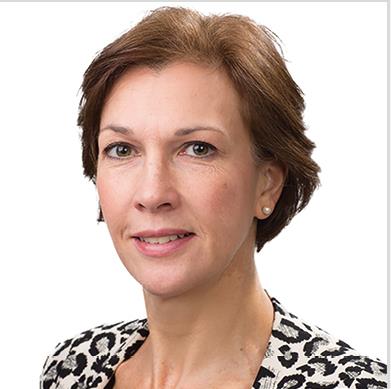 This is an important ruling in the area of registered designs which has helped to clear up the uncertainty which has prevailed since the Court of Appeal disagreed with the High Court’s findings. How design representations are interpreted, which in turn defines the scope of protection, means that designers will need to take great care when applying for protection for designs in future to ensure that the broadest protection is achieved for the design as a whole and any individual features of the design with individual character. We will likely see designers filing a number of applications to protect individual products in future, in preference to relying on just one.